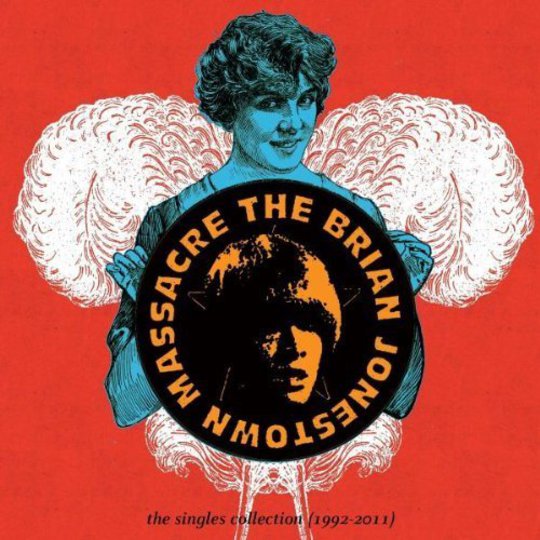 As schemers, dreamers and self-proclaimed geniuses go, Anton Newcombe is up there with the best of them. For over 20 years now he's been the figurehead of The Brian Jonestown Massacre, a band for whom the term 'collective' was surely invented, considering the revolving door of supporting members coming and going since their formation. With 12 albums and an array of singles, EPs and compilation tracks on top, Newcombe's output with his band has been fairly prolific, if not always hitting the mark where quality control is concerned. Since being immortalised - if that's the right terminology to use in this instance? - in the film Dig! seven years ago, Newcombe's status as a cult icon is all but assured.

It also goes without saying that on their day, and as the likes of 1995's Methodrone, the following year's Thank God For Mental Illness and 2001's excellent Bravery Repetition And Noise ably demonstrate, Newcombe and The Brian Jonestown Massacre have created some wonderful music pretty much unparalleled by any of their peers. Bearing all of that in mind, this double album also boasts a glut of exquisitely crafted songs highlighting the talents of a man who once claimed he taught Thurston Moore how to detune a guitar and Kevin Shields to use pro-tools (he didn't, but that's by-the-by).

The Singles Collection (1992 - 2011) compiles 22 songs taken from various 7-inches and compilations for the first time ever on two CDs. Some of those, such as 'She Made Me' and 'Evergreen' most long-time fans of the band will be familiar with. Others, like the alternative versions of 'Never Ever' and 'Thoughts Of You', both recorded back in 1993 under the band's then-alter ego ACID, most probably will not.

On the whole though, this is about as comprehensive a digest documenting The Brian Jonestown Massacre's career on 45 to date as you're likely to find, and for the most part it's an ingeniously pleasurable experience. While the aforementioned coupling of 'She Made Me' and 'Evergreen' provide a familiar entrance point, it's the sitar-led folk of 'Convertible' and pulsating three-minute stomper 'Hide & Seek' that really set pulses racing on the first CD. An unblemished live recording of 'Methodrone' and the winsome 'Anemone' – still arguably the greatest five minutes of music Newcombe has ever recorded and undoubtedly a catalyst for Richard Ashcroft and co.'s career – shine like stars even in such austere surroundings. The Courtney Taylor-Taylor baiting 'Not If You Were The Last Dandy On Earth' brings the first half to its conclusion, again exemplifying both the best and worst traits of Newcombe's character.

The second CD sees the band move from their shoegaze-inspired roots into more experimental waters, both 'This Is Why You Love Me' and 'Lantern' sounding like they could have been outtakes from The Byrds' classic Fifth Dimension opus. Moving into the twenty-first century, the less prolific nature of the band's output possibly coincides with Newcombe's priorities having changed, fatherhood and marriage obviously occupying prime positions in his current pecking order. That said, 2005's 'Nailing Honey To The Bee' finds The Brian Jonestown Massacre at their most ferocious and boisterous for a decade or more, while this year's 'Illuminati' and 'There's A War Going On' push the boundaries even further, the former proffering MGMT styled electronica and multi-layered instrumentation while the latter acts as a rather proficient update of The Animals 'House Of The Rising Sun'.

Overall, The Singles Collection (1992 - 2011) is a fitting tribute to one of this generation's most underrated (except by himself) songwriters and musicians. As a starting place for anyone wishing to explore the crazy world of Anton Newcombe, it serves its purpose and more besides.