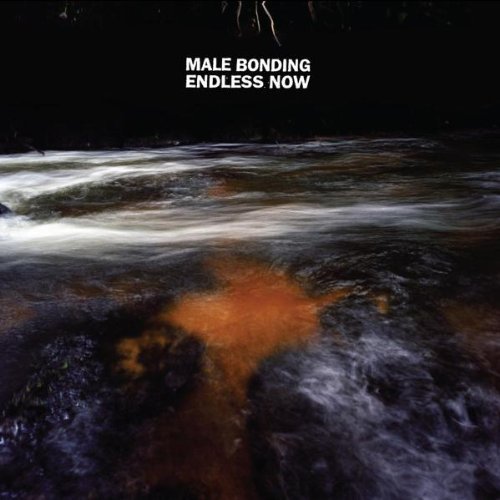 This album is a reminder of the healing power of three dweebs, or how much fun it would be to watch Brian Wilson getting caught in a triangle of punk.»

rough trade exclusive with a bonus cd of acoustic cover versions. london's kings of noise pop male bonding return with a classic second album. this new male bonding album, 'endless now', was recorded at dreamland recording studio in woodstock, ny, the converted 19th century church that birthed such classics as the b-52s' 'love shack' and dinosaur jr's 1993 full-length 'where you been'. this second effot finds them less frenzied and experimenting with dynamics, texture and song structure, without losing any of the trademark fizz. producer john angello (kurt vile, thurston moore, dinosaur jr) coaxes dreamy harmonies from their skewed sound; with nods to '60s pop on 'what's that scene' and layer upon layer of crushing melancholy on crescendoing six minute epic 'bones'. 'endless now' is 36 minutes of songs tailor-made to anchor mix tapes and playlists - if you can stand to separate them from the whole album.
description from www.roughtrade.com