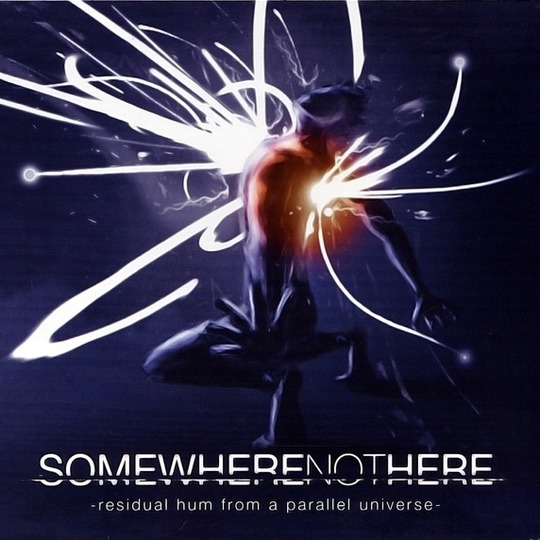 The story of Rik Clay is full of complexities and ultimately ends in tragedy. As the founder member of Leeds-based rockers FULC, his band were one of the few UK (nu) metal acts to rise above the pastiche trap so many of their contemporaries fell into. Even now, 2003's debut Biting Insomnia still sounds as invigorating and visceral as it did eight years ago. By 2006 FULC were as good as over, Clay's next move taking him to fledgling rockers Ten Seconds Of Chaos, later to become Fiction & The Fear. It was here that the talented graphic designer started to acquire a taste for more experimental musical ventures, and his solo project SomewhereNotHere was born. It was also during this time that Clay started conducting research in various fields including reincarnation theory, new world order conspiracies, shamanism, global consciousness and holographic universal theory. Having spent two years travelling the world collecting his findings, his blog The Cosmic Mind became an overnight web sensation, amassing 30,000 readers within a matter of months. Then tragedy struck in August 2008, Rik Clay taking his own life at the tender age of 26.

Residual Hum From A Parallel Universe compiles all of Clay's solo work as SomewhereNotHere, together with contributions from several artists both as former collaborators and admirers of his work. Spread over two CDs, the first of which - Memorial - collects all of Clay's self-proclaimed 'works in progress', mostly recorded in 2006. The second disc, entitled Tribute, features by both reworkings of Clay's music and specially commissioned pieces by artists as diverse as Martin Grech, Owen Brinley and Vessels, all of whom shared a special kinship at one time or another.

The Memorial CD almost feels like the soundtrack to a film, all nine pieces comprised of largely instrumental passages that range from the Lost In Translation sounding opener 'No Compilation' to the haunting 'At Peace' and alt-techno grinder 'Somewherenothere', which pre-dates the current trend for such musings that have elevated the likes of James Blake and Jamie Woon into the mainstream by several years. At the time Clay was said to be heavily influenced by David Bowie's Low, and on tracks like 'Adrift' such lofty comparisons bear credence. The ethereal catharsis of 'The Soul Within' perhaps offers some indication of where Clay's next move might have been, its ambient beauty clearly influenced by the earlier works of David Lynch (its working title initially being 'Twin Peaks').

Of the nine compositions on the Tribute CD, the poignant acoustic strum that is 'The Boy Who Cried Wolf', written and performed by Clay's father John stands aloft as one of the most traumatic pieces of music these ears have heard in a long time. Owen Brinley's vocal addition to 'Adrift' also takes the song's tranquil elegance to another level. Interestingly, both FULC and Brinley's first band Colour Of Fire imploded at the same time, and the former Grammatics frontman initially wanted his next musical venture to feature Clay, something which sadly never reached fruition.

Martin Grech's haunting contribution 'Zenith', and Anathema's Michelle Richfield's unsettling vocal on 'At Peace' supplement Clay's textured electronica eloquently, while Eureka Machines & Sisters Of Mercy guitarist Chris Catalyst's take on 'Nothing Fades' strips the original to the bone inanimately. As a fitting tribute and epitaph for a supreme if understated talent, Residual Hum From A Parallel Universe is a lasting document to the memory of Rik Clay. We can only guess at what might have been thereon after...