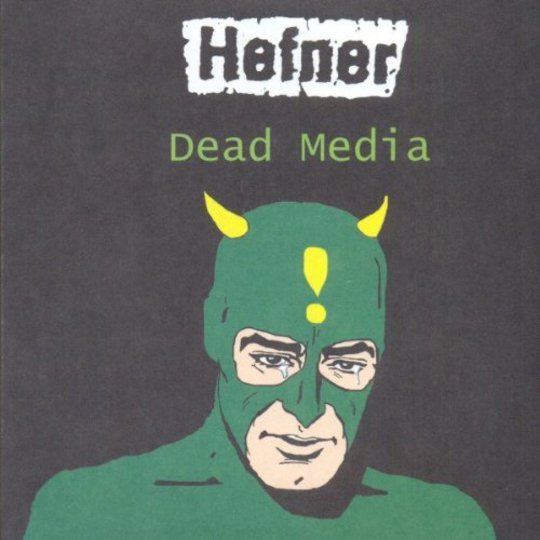 Imagine if Radiohead had split up after Kid A, the reaction to that experimental album proof enough to the band that they were spent as a creative force, only for Thom Yorke to then forge a solo career in which he combined these more experimental urges with the anthemic flourishes he originally became known for.

Sounds strange? That’s pretty much what happened with Hefner when they released Dead Media back in 2001. To call the album 'Hefner’s Kid A' is perhaps a little too cute, but the musical swerve that Dead Media offered to the hardcore Hefner fans at the time was enough to persuade songwriter Darren Hayman that he would be better off exploring various other avenues, first as The French and then under his own name with backing band The Secondary Modern.

So why was Dead Media such a shock a decade ago? I remember hearing lead single ‘Alan Bean’ on the radio and being surprised, simply because it sounded so different from what I’d come to expect from Hefner, but to listen to the album now as its re-issued, it simply sounds like a band that had pretty much done all they could with one particular musical avenue, and were brave enough to head in another direction.

Hardcore fans at the time probably wanted more of the rickety indie-boy-with-glasses-loses-girl vignettes that Hefner had released with startling frequency up to this point. However, now it’s these moments that seem the weaker on this bumper, 35-track release, which compiles the original LP alongside various b-sides, remixes, live tracks and The Hefner Brain EP.

‘Trouble Kid’, for example, is a throwaway bit of glam bluster, while ‘Peppermint Taste’is only really salvaged by some lyrics that could show Alex Turner up in the ‘romance is nowt but bumping teeth’ stakes any day. Also, a lot of the so-called experimental tracks are no more than minute-long synthy moments, ‘Treacle’ in particular somehow outstaying its welcome in such a short space of time.

However, when its ambitions match with what made Hefner so special in the first place, Dead Media shows its true strengths. ‘When The Angels Play Their Drum Machines’ is as fantastic as its title would suggest, although a chorus of “Let me let you let me down again” is hardly the type of thing you’d expect from a celestial choir. The aforementioned ‘Alan Bean’, which sounded so out of place on Steve Lamacq’s show in 2001, now sounds fresh and bubbly, with one of the finest character studies Hayman has ever set to music.

Elsewhere, the album isn’t that far from Hefner’s previous LP, We Love The City, just with a more lo-fi edge. ‘China Crisis’ for example, is pure understated beauty, the backing vocals from Amelia Fletcher gradually taking over from Hayman’s as the track gently winds its way to a close, but the lyrical dissection of a failing relationship hits home.

Of course, in this format you can’t just consider the 15 tracks that formed the original Dead Media, and the sheer amount that are supplied here could on first glance be a bit of a turn-off. Two remixes of ‘Alan Bean’ and three of ‘Trouble Kid’ aren’t really going to add much to the Hefner experience for anyone, while the main fun to be had from the live tracks comes from rarity ‘Gabriel In The Airport’ which seems to concern itself with Peter Gabriel’s love life.
However, the tracks from The Hefner Brain EP, ‘The Baggage Reclaim Song’ in particular, are a useful addition to the Dead Media re-listening experience. Expanding on that idea of combining the urge to experiment with the classic sarky songwriting that Hayman excels in, they offer further proof that Dead Media wasn’t a foolish endeavour.

All together, it's clear that Dead Media is worth another visit, particularly if you missed it first time around, or were one of those who shrieked in horror at those strange electronic noises it was making. It’s not the best album Hayman has made, but some of the tracks here would certainly feature on a best-of playlist if you cared to put one together. And, judging by the avenues he’s explored since and the fact that many of these songs remain part of Hayman’s setlists today, it’s clear that the man himself deemed Dead Media a risk worth taking.