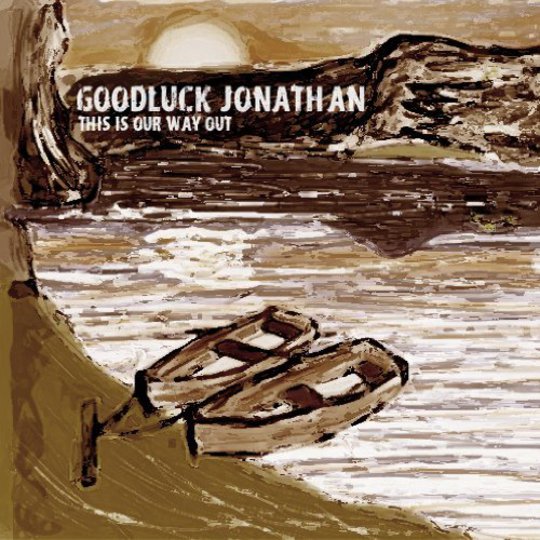 Admittedly there are benefits to sharing a name with the President of Nigeria. Millions of people globally know the name of your band. You can save on printing costs by using surplus electioneering propaganda (Although in doing so you’ll be limited in naming your future albums ‘Vote for Me’, ‘Nigeria Deserves Better’ and ‘I Am Your Man!’) Heck, if you’re lucky there might be a booking error which results in you being flown first class to the UN Headquarters in New York. Possibilities are limitless, yet there are drawbacks.

The part-time Reverend Run lookalike (See Wikipedia photo – it’s probably just the hat though) and full-time President has cited the artistic endeavours of these five chaps from Brighton as evidence that he is an influence on British culture. If they are being utilised as political tools when they are nobodies at the start of their musical career, God knows what’ll happen if they sell any records.

This Is Our Way Out is described by the band as “Our attempt to capture and savour every moment, emotion and complexity of our youth.”

With this mission statement Goodluck Jonathan hover between being earnest dreamers and pretentious wankers. Not quite the exalted territory you would wish to inhabit on first impressions.

The record is a compilation of three previously released EPs, a collection of loud songs cut from the same arty post-hardcore cloth as fellow noiseniks And You Will Know Us By Our Trail Of Dead and Yourcodenameis:milo. If the quintet have indeed fulfilled their lofty mission statement and successfully documented their youth with this album, then I don’t really envy them. It feels a bit bleak. Cheer up lads, it’s just a bit of acne. You’ll grow out of it.

As you might expect from a collection of EPs you can see an evolution, of sorts. Opening track ‘Bruises Disappear’ has its moments whilst ‘Fatman’ overcomes its shoddy title to prove durable, a much better listening experience than you might have anticipated.

Title track and album closer ‘This Is Our Way Out’ indicates where Goodluck Jonathan may venture on future recordings. It contains strains of ambition and vision almost non-existent throughout the rest of the album. Nothing else really stands out from a solid collection of songs. Overall it feels like they have limited themselves to a dated genre. Who knows why.