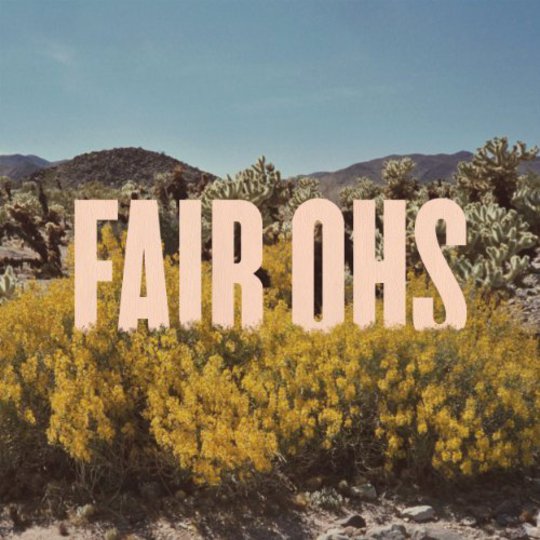 Back in their Brigitte Bardot days, the Fair Ohs flirted with Brighton record labels Sex is Disgusting and Faux Discx for their early releases, teaming up with thou-shalt-be-very-cool bands like Spectrals, Women, Male Bonding and Cold Pumas. But now they brave new ground in East London, nipping ahead of the crowd with their own record label Honey High, and with that they have popped out their three format debut (with an extra EP bundled in with the vinyl - cor).

Is their sound Chinese inspired? Is it Indian? Or is it East African calypso garage punk? Any way you look at it, on a commercial level, they lie somewhere between the bright ‘n’ breezy rhythmic tones and world pop of Vampire Weekend and the creativity of a band like Foals. And speaking of Foals as a point of reference: their previous video director has been drafted in by the Ohs for invigorating and refreshingly original single/title track 'Everything is Dancing' (that is free to download from their website). The resulting video is a piece of slightly unnerving moving imagery that stars a fat, binge-eating Batman and Robin, post cooked breakfast, prancing around the garden in the sun. Fat Batman hand jives and Robin sprays a hose about. Oh joy.

The album begins with the more than likely conceptual artist inspired title of 'Baldessari'. It sounds energising and revitalising, with sprightly sounding guitar from Eddy Frankel, up against Joe Ryan’s swinging beats, vocals raucous without being too raucous. Next song 'Eden Rock' ups the need for speed, drawing in inspiration from the seaside and contains vocals that switch between harmonious tunage and call and response style shoutings. Third track 'Colours' is one of the highlights of the album and an obvious contender for a future single. It opens with a bass line touch by the funk, courtesy of Matt Flag and an off kilter drum beat topped with trademark twinkling guitar sounds. And then there is Frankel’s vocals starting the song mysteriously with the lines "My colours/my colours fading away", but any murk is dispensed with for a proper pop chorus with the lyrical hook "Don’t know what I’m gonna do/don’t know what I’m gonna say/don’t know who I’m gonna be" that nonetheless only adds to the enigma of this song. And that’s really how the album carries on: uplifting, interesting instrumental arrangements layered with thoughtful vocals that are a mixture of melody and chants that makes it a joy to listen to and reflect the fun the Ohs have obviously had in experimenting with sounds, trying out new styles of music and assembling them all to produce an inspiring end product.