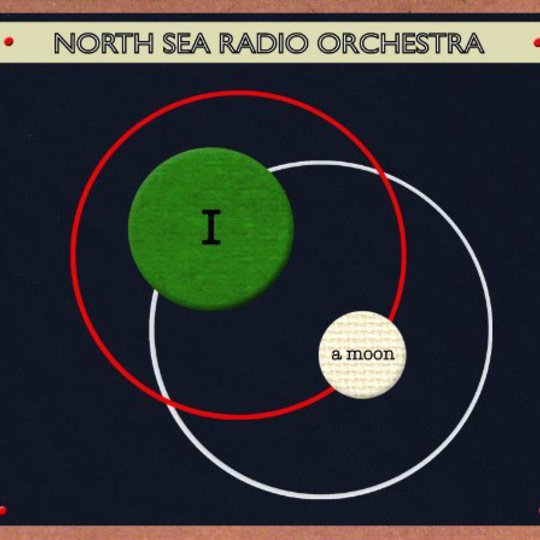 I dreamt a dream! What can it mean?

And that I was a maiden Queen

Guarded by an Angel mild:

So ponders the metaphysical poet William Blake in ‘The Angel’, the lyrical inspiration for North Sea Radio Orchestra’s second album Birds, a time machine journeying between two different worlds. And what a journey. The heavy classical orchestration would seem to cast the Orchestra out of the present; the accessible song structures manipulate the tracks into contemporary and understandable forms.

The literary content has been dumped for a more personal insight in third effort I A Moon. NSRO have become metaphysical poets in their own right as an almost angelic voice (think of a restrained Kate Bush) kindly proclaims from above: “We don’t need our bodies anymore / we don’t remember what they’re for / we are the earth beneath are feet / we are the things we want to believe,” in ‘The Earth Beneath Our Feet.’ No other statement could represent NSRO’s objective more truly, a personal dimension of dreamlike domestication. Even live there’s always been mysticism to the London orchestra. From the sanctimonious surroundings of churches to quaint libraries, there’s always been a feeling that NSRO's pastoral chimes came out of a classic novel. Add the greater electronic emphasis of I A Moon here the novel transforms into a fairy tale.

So it’s with ‘Morpheus Miracle Maker’ and ‘Heavy Weather’ that we begin the first chapters of this tale. The album’s spine is based on swanning strings, often trickling in at later points to guide the rest on their final journey, but with all the instrumentation being so carefully considered and layered, there’s never the sense that any instrument hogs the show. In the 'Morpheus...' guitar strings pluck as they dance around in a jolly fashion and the violins create a gentle draft of air which eventually catches the shimmering synths that circle around in an innocent enchantment. And 'Heavy Weather' has the foreboding quality of the Brothers Grimm, the choral vocals almost breathless. In amongst the lonesome strings, the fragmented voices try to grasp for a more complete voice but drop back into the ether as they fail to gather the energy to stay with the wind of the lonesome violin. When we get to ‘Morpheus Drone’ there is nothing left but a melancholic string waltzing around without a partner, the glistening background noise setting a reminder as to what there was and what isn’t anymore.

But don’t be sad, all hope is not lost. The twee-tastic ‘Ring Moonlets’ and ‘Mitte Der Welt’ both ponder in intermission with dripping synths and guitars both honey suckling into a gingerbread house of sweet optimism. The journey isn’t over yet.