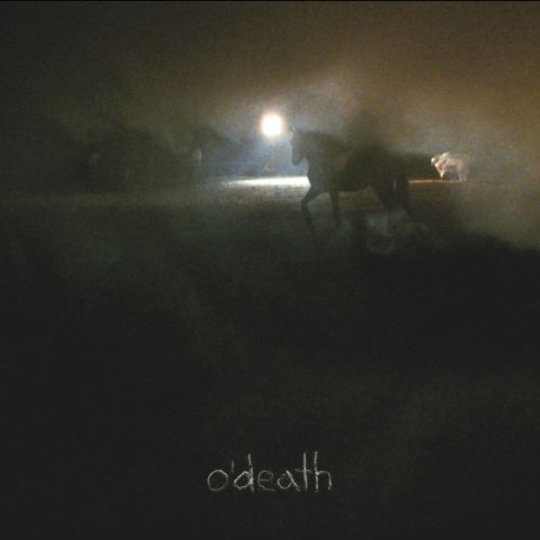 Outside is a rather apt name for the third album from New York's O'Death: if there's one theme that permeates this eclectic collection of songs, it's a constant feeling impression of wide open space.

The great outdoors - of the Americana variety - is a running theme throughout the quartet's work, with many of their previous albums sounding like they came straight from the plains of the Mid West or the Appalachian mountains. It's with Outside album, however, that they've finally captured the epic scope promised by their previous long-players and anarchic live shows.

That sense of space is evident from the first chords of opener 'Bugs'. It starts sparely, putting you in mind of endless, sepia-toned vistas before bursting into life. It’s clear from the outset that O’Death have jumped up a gear – although they've never been what you’d call minimalist, with the band’s predilection for including all manner of noises within their songs.

This step change brings the songs to life: the hypnotic repetition of 'Ghost Head’ the swivel-eyed chaos of ‘Alamar’, the demented off-key closer of ‘The Lake Departed’ – each of these seem real, immediate, perfectly formed. The album’s high point, however, is the one-two punch of ‘Don’t Come Back’ and ‘Pushing Out’: the former is largely instrumental, creeping in softly, whereas ‘Pushing Out’ is a sweeping, cacophonous whirling thing that puts you in mind of swooping around mountain roads

O’Death have gone on record that Outside is an attempt to ‘write songs that are melodically engaging and not just the crazed ravings of mad men’. They’ve certainly succeeded – although there’s certainly still plenty of lunacy. This isn’t an album you listen to in a conscious sense: it’s an album you put on and switch off, allowing it to carry you on a journey through the wilderness. It’s O’Death’s most accomplished work to date, and a fine piece of work at that.