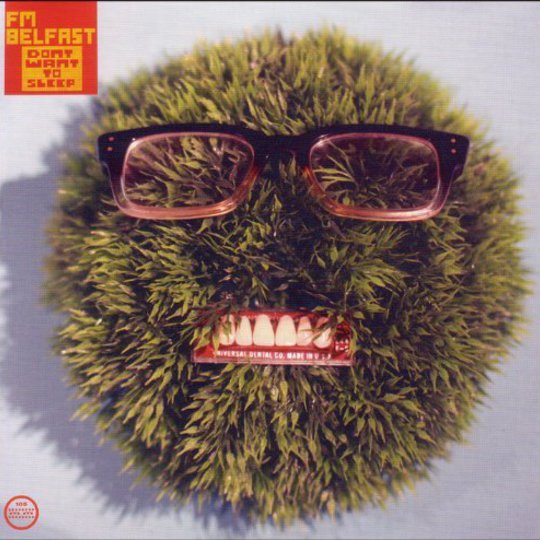 If there's one thing we've learnt about Icelanders, it's that musically we should always expect the unexpected. Take the country’s greatest and most eccentric export Bjork. Purveyor of some of the world’s most astounding, forward-thinking, genius music, this is also a woman who dressed up as what resembled a technicolour beaked beetroot on the cover of her last album.

How To Make Friends, the 2010 debut from fellow Icelanders FM Belfast, displayed all the symptoms of being similarly bonkers. "We are running down the street in our underwear," they sang at one point on 'Underwear' while in the accompanying video they really did, staggering towards the camera, knees-knocking, trousers round their ankles. Elsewhere there were songs about optician appointments, Caribbean houses and a jaunty, almost unrecognisable cover of Rage's ‘Killing in the Name ’.

Then again we’re talking about a band that can contain between three and eight members on any given day depending on who can be bothered to show up. And this still doesn’t quite explain the reason why up to 25 people can be onstage during their live shows. Life on the road with these guys must be a blast.

Thanks to the dramatic soundscapes of mum and Sigur Ros and the wintery electronic glitches of Bjork’s naturalistic-aping Homogenic, we’ve almost come to think of Icelandic music as being inextricably entwined with the country’s uncompromising, wind-beaten environment. But FM Belfast’s club-fuelled pop-electro ignores such connotations.

Their music was palpably born out boredom (inevitable when you live on an island with a population of about 320,000) and what truly defines the band’s second album is a connatural sense of humour and refusal to take life too seriously.

But where How To Make Friends was a cheeky, charming record awash with lilting, dreamy melodies and idiosyncratic lyrics, Don’t Want to Sleep is flagrantly in your face from the start. Opener ‘Stripes’ begins with an unashamedly written-for-the-club ‘Strings Of Life’ aping piano riff, chanteuse Lóa Hlín Hjálmtýsdóttir’s strange, scratchy little yowl taking centre stage as she squeaks “I want the stripes and yellow.” What the song is actually about is unclear, but it’s a lot of fun.

It’s not the only time the group lean towards Nineties rave stabs. The colourful and frenetic ‘In Line’ is similarly and brilliantly nostalgic (central lyric: “My arms fall off when I’m with you”); while an amalgamation of computer noises and goofy synthesisers, together with a golden melody, make ‘New Year’ one of the album highlights.

Sometimes the silliness becomes overwhelming but you’d have to be a right kipper-faced trout not to crack a smile at the incessant ‘I Don't Want To Go To Sleep Either’, which after beginning with sugary Super Mario Bros-esque noises, sunbursts into bratty, unbridled chants of “I don’t want to go sleep!”

However, it’s the aforementioned ‘New Year’ that provides the biggest insight into FM Belfast’s bizarre world. "You won’t be young again,” intones Hlín Hjálmtýsdóttir in a mock business-like manner that she can’t quite pull off. Her band’s brand of bubblegum, bloopy dance might be disposable by nature, but it’s imbued with a mantra that the band typify with every inch of their souls: youth is a gift and life is there to be lived and loved. FM Belfast don’t take themselves seriously and if you follow suit, there’s great times to be had.