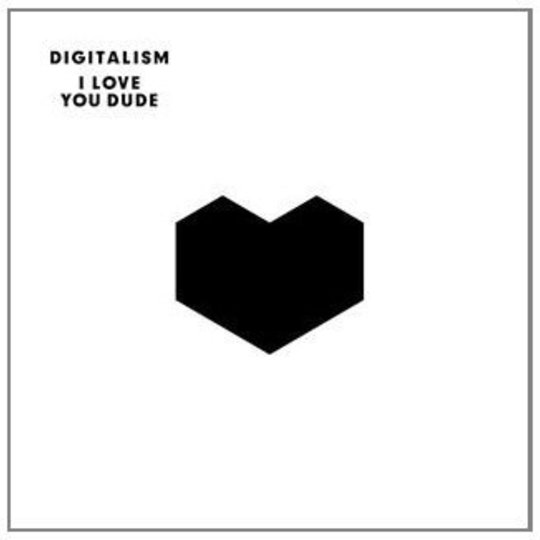 There’s a virtual consensus at the moment among mainstream music writers in the UK that there are no new ideas in pop, that – to quote a recent review of the new Simon Reynolds book (which I’ve not read yet, so I’ll refrain from commenting on the book itself) “we’ve lost the art of ‘making’ music and are now simply rearranging it”. In an effort not to appear jaded, the consensus doesn’t deny that there is still good music being created, only that it is in any way original. Let’s cut the consensus some slack and put to one side the many problems with 'original', save to note that archetypal Year Zero act the Sex Pistols were essentially a hybrid of The Stooges, The Who and Eddie Cochrane given a misanthropic lick of dayglo paint and a singer with a funny voice. Let’s cut it some more and agree that the sheer proliferation of acts and genres – if in fact the notion of genre any longer makes sense – over the last ten or 15 years makes it harder for those who’d like to portray the development of pop music as linear to map it out in simple A to B terms, although really this approach has always been less convincing than it might once have appeared… how would you accommodate 2-Tone within the standard 'progress' narrative of post-punk, for example?

Slack duly cut, let’s send the consensus off to peer after its slippers. We won’t require esoterica from dance culture to dispatch the old bugger, no dubstep, no grime, not even the unit-shifting sci-fi lunacy of a Timbaland or Neptunes. All we need is the mildly left-field strain of twenty-first century 'indie' that I’ll tag the Punk Rock Disco, with the (obvious?) proviso that punk rock represents an 'anything goes' state of mind as opposed to a style of music that was briefly exciting over 30 years ago. As I’ve said, there’s such diversity in pop now that it’s difficult to unpick any one strand, which is presumably why most writers of my generation have given up. But when the history – and it is, or will be, a history: none of your Fukuyama nonsense here – of the music of the noughties is written, the PRD will figure prominently.

Digitalism’s take on the PRD is most manifestly an offshoot of the Daft Punk-Justice axis: to be honest, until embarking on this review I’d assumed them to be Parisian. Widen the circle to include the diverse likes of Crystal Castles, Hot Chip, Simian Mobile Disco, LCD, Ladytron, Metronomy, M83… a little more for the more straightforwardly 'indie' Foals, Klaxons, Bloc Party, Phoenix even (I’m not sure where the incomparable Knife fit into all of this, or into anything else for that matter, but no discussion of contemporary electronic pop is complete without them, so, um, hello, the Knife). One thing all have in common is that their dance influences are ultimately subordinated to The Song. Another is that, if the term means anything at all, this is new music. Developments in technology have always driven forward the introduction of new ideas to pop, and even if it were only because of the sounds they use – and I don’t think it is – the music of all of the above could only have been made in the last decade or so.

In Digitalism’s case, we can bring this point home by showing what they’re not. Except in the sense that everythingin electronic pop can be traced back to Düsseldorf’s best-loved cycling export, Digitalism’s music has little in common with Kraftwerk or their immediate British descendents (OMD, Soft Cell, Depeche Mode et al.) Neither does it share much DNA with visionary Eighties one-offs like Propaganda or – the odd one-finger guitar solo aside – New Order. It has even less to do with the late Eighties 'indie-dance' that very generously gave the world the likes of Jesus Jones and the Soup Dragons. And neither does it bear much relation to the more individual acts who sprang from and survived the rave phenomenon, yer Orbitals, Underworlds and Prodigies. Because it’s new music. It’s music from now.

So, um, about that new Digitalism album, then? Oh. Yes. Erm, it’s good. I like it a lot. Much better than their first. Where the latter really had just the one 'hit' (‘Pogo’, obv) this one has at least three: ‘2 Hearts’, ‘Circles’ and ‘Forrest Gump’, the last featuring a co-write from somebody called Casablancas who apparently made a good record once. The instrumental tracks, too, have an assurance and sense of purpose that those on the first album mostly lacked. Recommended to admirers of the PRD as sketched above. The slippers contingent – who, tellingly, will be the first to get themselves into a lather about that upcoming Beatles reissue or Pixies tour while bemoaning the alleged lack of new ideas in pop – may continue to huff and puff while studiously looking in the wrong direction with their fingers in their ears.