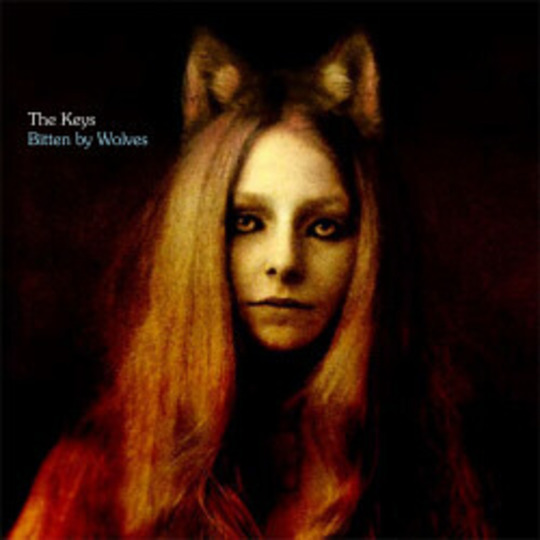 If there’s anything which has been proven by the deservedly successful retirement concert of LCD Soundsystem a few weeks ago, it’s that not only is there no shame in carving yourself a reputation out of emulation, but in some cases there’s actually merit to be drawn from it. Of course, The Keys sound nothing like LCD Soundsystem, but the two bands draw a parallel with each other owing to their unashamed debts to the past. Whilst Murphy and his crew recently bowed out of a career built upon the echoes of a vast range of excellent dance music, The Keys are kicking into gear in the early stages of their own psychedelic, Sixties stoner rock revival.

‘Bitten With Wolves’ finds itself at its strongest when it channels its influences most obviously. This record is by no means a polished affair, and it’s a set which benefits from its rough edges and hissing mixes. The clear stand out track is ‘I Tried To Find It In Books’ - a balls to the wall stomp of thick, pounding guitars, sexily drawling vocals, and a simplistic chorus hook underpinned by a shooting guitar riff. It shamelessly channels the best bits you’ve already heard from rock and roll of yesteryear, but it’s all the stronger for it - a song which draws strength from its heritage. Similarly, the Hendrix-esque extended jam of ‘Everybody Loves You’ finds The Keys in the same territory: a disgustingly scuzzy riff unravelling into hypnotic repetition, as the band lose themselves in guitar lines over the top of the groundwork in an extended freak out - euphoric and rocking in equal measure.

However, although it might sound odd to say this about a band, it’s when they stray farthest from familiarity - and further into originality - is when the impact of their sound is most diminished. The Keys spend half of their time on Bitten By Wolves chasing an indistinct, ethereal atmosphere. The first two tracks ill prepare the listener (by design, I suspect) for what lies ahead. Whilst the production values remain elusive and filthy, the songs reach for a certain melancholy and nostalgia. The arrangements are thin - piano rolls and shimmering guitar arpeggios are the most prominent things to ornament the mixes - and the vocal lines hazily float rather than inticingly drone.

Frankly, it doesn’t work. The Keys operate best as outright freak-out merchants, with pounding rhythms and crunching guitars. ‘When You’re Young’ makes a pretty good fist of bridging the gap by injecting a rhythmic flair into the meandering, airy vocal harmonics, keeping the bottom from falling out of proceedings. But the album is derailed by constant abortive attempts to carve out an original niche away from the psych-rock throwbacks, catastrophically culminating in the final two tracks. ‘Heads of the Valleys’ is an irritatingly anchor-less, overlong whimper, whilst ‘I Just Can’t Convince Myself’ makes for an outright embarrassing closer. I’d normally want to give the benefit of the doubt to lyrics like “I’m smiling when I tell my friends I don’t need nobody else / But look behind the smile and it’s plain to see that I just can’t convince myself”. But by the time I’m hearing “all the King’s horses and all the King’s men couldn’t put my heart together again”, my ability to attribute self-awareness to the lyrics is scuppered, and the thing sounds like what it really is: a lousy collection of self pitying journal outtakes.

Presumably, The Keys felt it either necessary or commendable to attempt to expand upon their basic throwback format in the manners in which they misguidedly attempt to do over the course of Bitten By Wolves. But, not only is this disparaging to the record’s likability, it’s outright unnecessary. ‘I Tried To Find It In Books’ finds ways of shifting its textual identity through changing guitar patterns and rhythmic diversity, all the while remaining a full blown guitar scorch. It’s these songs which comprise the record’s strongest moments, and it’s these Sixties-jam echoes which are clearly their forte. It’s a real shame - and it’s to their crippling detriment - that The Keys think (or think that their listeners think) that this isn't the case.

Into the Murky Water