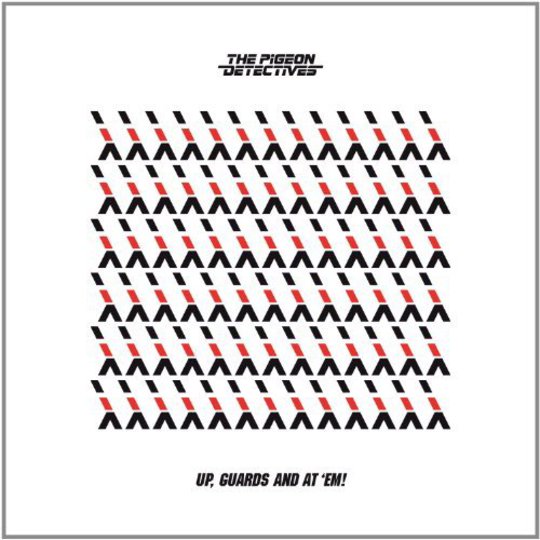 It’s fair to say that some of Melvin Benn’s mainstage choices for this year’s Leeds and Reading festivals deserved their nods of admiration - booking The National and Friendly Fires third and fourth from top respectively, as well as The Joy Formidable, were brave, applaudable moves. However, the decision to slot The Pigeon Detectives in among the esteemed company of Jarvis, Casablancas and Berninger was the cause of much head scratching. After all, it’s been three years since we heard a squeak from the Leeds band, the last being 2008’s hastily rushed out and misfiring second album Emergency.

At one point, The Pigeon Detectives were discussed almost fondly in DiS circles – bereft of originality but still head and shoulders above other indie landfill of the time. Sure their debut Wait For Me was dumb, clichéd and one dimensional, but contained genuine smatterings of pop gold - tracks like ‘Romantic Type’ and ‘I’m Not Sorry’ had spunk, anthemic choruses and an infectious energy.

Fast-forward to 2011 though, and with a glaring absence of guitar-wielding bands in the commercial sphere, Up, Guards and At Em is apparently the Pigeons' rallying call to fellow guitar bands to, I dunno, up their game and stick it to the Gaga.

Thing is, despite their best intentions, if there’s going to be a renewed interest in rock in the mainstream anytime soon, it’s not going to come from this direction.

Undoubtedly, every one of these songs, especially ‘Go At It Completely’ and ‘Need To Know This’, are hooky, albeit in a super-generic, predictable sense, but mindless repetition does not make for a captivating listen.

Actual musical progression is restricted to the 36 seconds of synths that kick off opening track ‘She Wants Me’, disappearing thereafter never to be heard again, while single ‘Done In Secret’ doesn’t so much betray their inclinations as a poor mans Cribs as hoist it up in flashing lights. Many of these songs are not abysmal; they’re just weak … thoughtless.

On the other hand, Matt Bowman’s lyrics deserve every scrap of opprobrium hurled at them. Whereas there was a modicum of boyish charm and high jinx to his lustful shenanigans on Wait For Me, his misogynisms have taken on a bitter turn-come-broken record vibe.

“What did she expect to get from me, before we start it is over and then I fall asleep,” he sneers of his love-interest before accusing; “You know something is changing and it must be you/ You’ve got a lot of nerve to come around here.”

Furthermore, the likes of ‘Through the Door’ makes their forefathers Kaiser Chiefs look loquaciously elegant, Bowman bleating; “We came in here through the window but we’ll be leaving through the door… I want to dance with you but my hands are on fire.” Later he seems to be following the mantra if it rhymes, it’s a goer – no matter how cringeworthy; “You’ve got your hands stuck in the till but still you’re still firing at will,” he howls on ‘What You Gonna Do.’ Lyrical miracle scarcely covers it.

So this year’s festivals will be a test for The Pigeon Detectives. Since they’ve shown no real interest in progressing musically, surely they’ll be hoping that there’s still a place for them in the gap where people used to throw beer over each other before ‘Chelsea Dagger’. Trouble is, Up, Guards And At Em is powerfully akin to going back to a club you haven’t been to in years, only to find the same soundtrack playing. And there’s few people out there who wouldn’t find that boring.