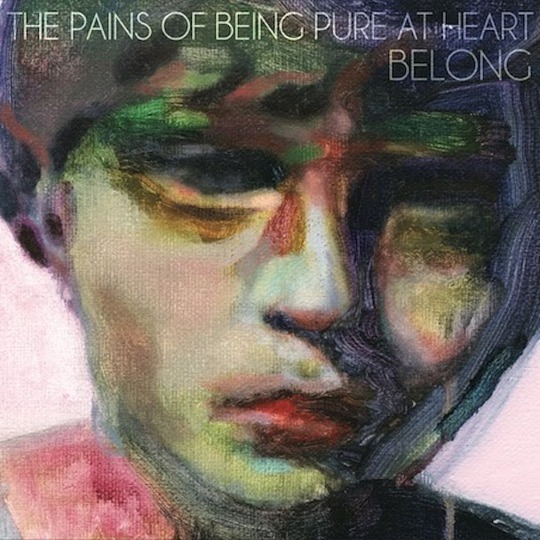 In an interview on Pitchfork The Pains of Being Pure at Heart revel in their music being mistaken for the Clueless soundtrack; singer Kip Berman exclaiming, “Clueless is one of the best movies ever”. Indeed, The Pains… are the ultimate high school movie band, full of surging melodies, un-self conscious hooks and riffs, their early songs peppered with smutty puns and heartfelt, groping imagery. Their self-titled debut record was a glorious cavalcade of unashamed tunes, from the surging, shambolic 'Come Saturday' to the rolling indie of 'This Love Is Fucking Right'; put simply, The Pains… are a pop band with songs about young love and teenage misadventure.

It makes sense, then, that their music is so heavily coded with the ghosts of indie’s past – for a band obsessed with the growing pains of adolescence it’s only natural that their music should reference the bands they loved at that age. If their first record was indebted to the C86 scene - the fuzz of late-Eighties lo-fi indie-pop - this album moves forward both chronologically and sonically. It’s a shift that their recent singles had hinted at, veering as they did between the lifeless glaze of Higher Than The Stars, to the beautifully crafted Say No To Love.

In Alan Moulder and Flood the band have found the perfect team to hone an album of Nineties indebted alt-rock: Flood and Moulder themselves produced many of the era’s seminal records the first time round. Belong, then, feels more like a logical evolution than a shocking change. The cleaner production undoubtedly suits the band – the opening three tracks are wonderfully tight, melodic pop-rock – 'Heart In Your Heartbreak' is probably the band’s strongest track yet. Songs like 'Girl of a 1000 Dreams' remind you that, on form, The Pains… are almost unique among their peers in their ability to use indie-rock as an weapon of pop, rather than soul-destroyingly humourless ‘anthems’.

Yet if the new production values suit the music, they equally highlights Berman’s shortcomings as a frontman: on tracks like 'The Body' the vocals shift from endearingly earnest to cloyingly wet. Moreover, in trying to be more lyrically ‘direct’ the words are often almost distractingly simplistic. Musically 'My Terrible Friend' has the makings of an indie-pop classic, driven along by a Cure-esque bouncing synth line. Lyrically you have to put up with a breakdown line of “everyone is pretty and fun, everyone is lovely and young” – Berman mistaking inanity for simplicity.

If Belong was a coming-of-age movie which one would it be? Clueless is probably close to the mark – for all its bon viveur and charm, the film is fundamentally uncritical of the slick society it portrays. And yet, Clueless was a high-school movie set in the present day, channelling the spirit of Jane Austen; once you consider that, its deadpan delivery seems strangely satirical. Belong - like, say, Submarine - revisits the Nineties from the second decade of the twenty first century; yet, unlike Submarine, doesn’t use the time-lag to really comment on either era. The band, I’m sure, would argue that I’m missing the point – being perhaps that you should revel in the surface charm rather than poke beneath the sheen. As Cher says when confronted by Dionne about seeming to wear fur: “it’s faux”.