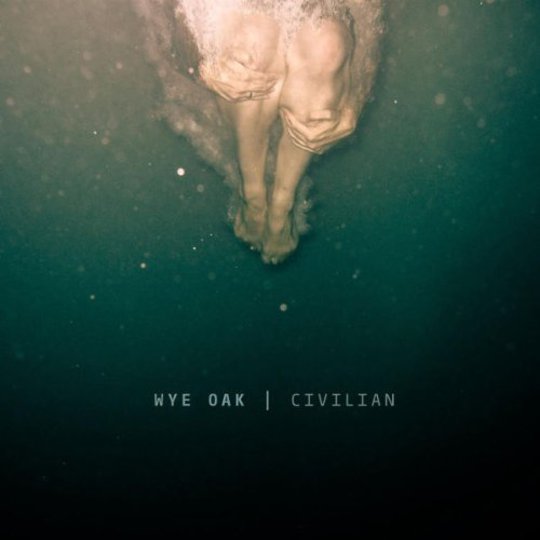 Anyone looking for another boy-girl American rock duo to pin their hopes and tour posters to after the demise of The White Stripes are unlikely to find Wye Oak really fill the hole. For Baltimore twosome Jenn Wasner and Andy Stack could almost be the inverse image of Jack and Meg; and not just in the sense that it’s Jenn doing the strumming and singing whilst Andy taps the pans. It’s more that – where The White Stripes kindled both a fire in the belly and a rebirth of belief in old school rock’n’roll – Wye Oak have seemingly achieved little more than a few polite nods of appreciation from people who want something to file next to Beach House in their ‘East Coast alt. rock’ section.

Yet for those who have been paying attention, Wye Oak’s career to date has produced a couple of low-key successes. Like the aforementioned Beach House, their fellow Marylanders plied a languorous brand of alt rock, not unlike Throwing Muses given Yo La Tengo’s effects pedals to play with, on their previous two albums – 2007’s If Children and 2009’s The Knot. Both were well received amongst the usual suspects in cyberspace – this hallowed organ included – but failed to really connect with anyone outside the blogosphere, let alone coax Beyonce and Jay-Z along to check out their gigs (as Beach House have).

That’s a situation Wye Oak’s third album is unlikely to change, and one which Wasner has already accepted, if the timbre of her vocals on the opening ‘Two Little Deaths’ is any indication. Musically, it’s hardly a multiple orgasm in the French ‘petite mort’ sense, as she sinks into a gauze of guitars and bids a final farewell to friends in a voice that sounds both weary and resigned to disappointment, and also – weirdly – a bit like an American Sandy Denny after overdoing the cough mixture.

In fact though, the Fairport Convention connection isn’t so wildly off the mark. Like their former tour partners The Decemberists, Wye Oak clearly boast an affection for English folk-rock most apparent in the latticework of plucked guitars and piano that is closing ballad ‘Doubt’. But where The Decemberists pen daft but dramatic fairytales about supernatural love affairs, Wasner’s lyrics seem deliberately indistinct – only the odd image like the "baby teeth kept on the bedside table with my jewellery" in the title track really fixing in the mind. Truth be told, these American’s Anglophilia is clearly for another pastoral strain of British music – that of shoegaze. There’s barely a track on Civilian that isn’t prone to wandering off into reveries of feedback and fuzz at some point – be it the deliberately awkward interlude in ‘Dog’s Eyes’ or the chorus of ‘Plains’.

But it’s when this band who were named in tribute to the tree which is the state symbol of Maryland stick closest to their American roots that they’re most convincing. The album’s most raucous number ‘Holy Holy’ is a garage rock-out that fairly canters along compared to the rest of the album. ‘The Alter’ boasts a brilliantly slippery quicksilver guitar solo halfway through and the imagery and highway blues of ‘We Were Wealth’ could almost be Mazzy Star, even if Wasner’s vocal cords fail to elicit the same shivers as Hope Sandoval’s seductive drawl. True, it can sometimes seem as if Wye Oak’s sole ambition is to sound like a lot of other bands but – just as they claim the album title comes from their belief that ‘everybody wants to be normal but no-one truly is’ – Civilian has just enough personality to stop it being completely pedestrian.