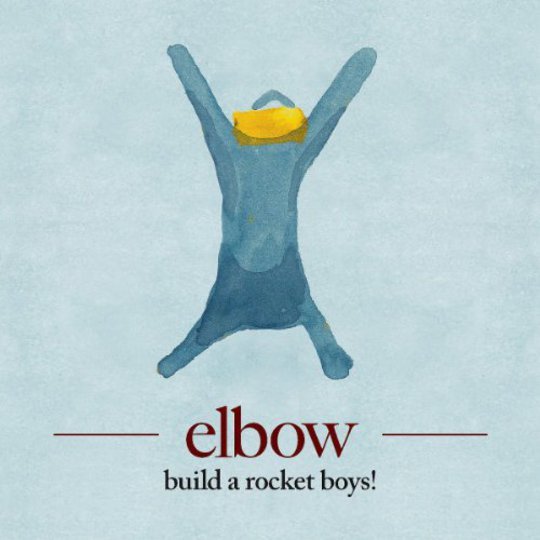 In the introduction to his 2007 book, Teenage: The Creation Of Youth 1875-1945, Jon Savage explains the impact that discovering the work of American psychologist G. Stanley Hall had on his efforts to chart youth culture in its various guises. As Savage writes, Hall’s work ‘contained a prophetic manifesto for the post-war youth culture that was still half a century away when he wrote. His view of adolescence as a separate stage of life subject to enormous stresses and strains – and therefore to be treated with special care and attention – was grounded, for the very first time, in a very specific age definition’.

If Hall’s work to define youth as a completely distinct stage of life with an inimitable ebb and flow fit for close examination were looking for a succinct and poetic payoff, he could’ve done worse than the following line from Elbow's ‘Jesus is a Rochdale Girl’: “Nothing to be proud of and nothing to regret, all of that to make as yet”.

As Guy Garvey has stated in various interviews, that song, the first to be completed for Build a Rocket Boys!, acted as a blueprint for everything that followed on the new record. Against the soft bustle of acoustic guitar, Garvey’s lock-in whisper turns the world of his 20-year-old self into a list where salvation comes in the form of the aforementioned girl and a modest stack of cds, with everything ahead of him "a thousand boxes yet to tick". And it is this act of looking back that broadly shapes Build a Rocket Boys!, with many of the songs here a chance for Elbow to elegantly paint the colours of their youth.

In some instances, the form and style of Garvey’s reminisces bring to mind Phillip Larkin’s ‘I Remember, I Remember’, in which the poet passes through his Coventry birthplace on a train and sets about the task of sifting through the past. However, they appear to differ distinctly in tone. In the poem, Larkin is perfectly satisfied to speed past on the train and see his past recede into the distance, but Garvey was seemingly prompted to consider the album’s themes after choosing to move back to his childhood home of Prestwhich. Equally, as Larkin thinks about "the boys all biceps, the girls all chest" he condemns and refuses it as a childhood "unspent". But for Garvey on ‘Lippy Kids’, "walking on walls" and partaking in "hour-long hungry kisses", he wonders, "do they know those days are golden?". Which isn’t to say that this is an album that is ever in danger of embracing or proffering a limp sense of nostalgia.

It begins with ‘The Birds’, a brooding, squally biting winter-wind of a rhythm in which an old man considers a former love affair and the constant presence of the birds above that keep their eyes on every movement. Asking, "do they keep those final kisses in their tiny racing hearts?", his memories are cut short by an unsympathetic carer or relative as he is told patronisingly, "what are we going to do with you?". For an album all about the significance of memories and looking back, it is bleak indeed to begin with the image of a person’s most vivid thoughts being waved away and considered as worthless and withered as the failing body that shelters them. ‘Open Arms’, however, is as warm as ‘The Birds’ is bitter and races away with the sort of giddy defiance that makes it a safe bet for future set closer, the choir-chanted refrain of "we’ve got open arms for broken hearts" gradually mixing with Garvey’s soothing declaration that "everyone’s here, come home again".

Whilst it is still ultimately an album that, above all, celebrates enduring friendships and successfully fought-for dreams, it is the intelligent, eloquent and heartfelt balance of light and shade, as ever with Elbow, that gives the music its strength. In the final part of his introduction, Savage writes that a review of G. Stanley Hall’s work by J.M. Greenwood accused Hall of being too preoccupied with ‘what one may call “the freaks of the race”, without ever giving sufficient weight to the average steady-goers’. In an industry that so often seems dizzily preoccupied with a desire for the shock of the new, real or wilfully imagined, we should be grateful that a bunch of steady-goers like Elbow have continued to perfect their craft and simultaneously achieve such acclaim and recognition. The restless may point to a lingering sense of repetition in the music that Elbow make and question where they might go from here. But that would be a tiresome question relating to the future when for now this is a glance towards the past to cherish.