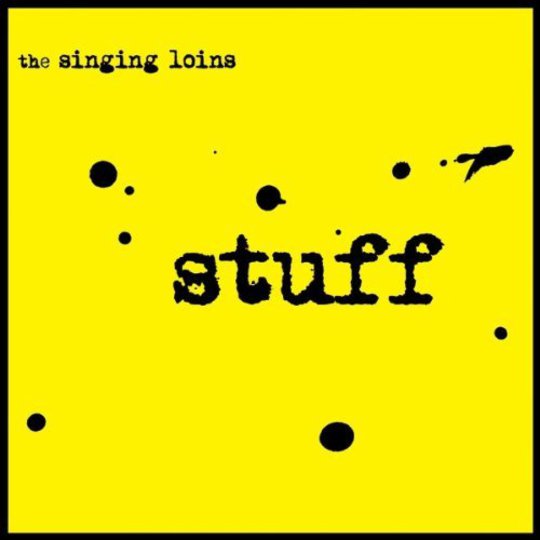 The Medway Towns: this little conurbation in north Kent is home to such musical luminaries as Billy Childish, Holly Golightly, Lupen Crook, Kid Harpoon and, erm, Rick Waller. Known mostly for its primal blues-influenced garage rock bands, its musicians like to call it the Medway Delta, presumably to align it to the blues lineage of Mississippi. If this sounds far fetched, it’s worth noting that, in certain underground clubs in the USA, Medway Garage nights are a popular fixture – club nights devoted exclusively to the music of bands like Childish’s Thee Headcoats and The Milkshakes, and the Eighties mod revival band The Prisoners.

But if there’s anything that binds the Medway bands together, it’s a vocalised sense of anger and frustration married to a DIY ethic and a wilful anti-commercialism. It’s sometimes difficult, however, to discern whether this is a direct product of it’s environment and history, or if it’s just a product of the cult of Billy Childish looming large.

Always a divisive figure, Billy Childish is a self-styled renaissance man and has recorded in excess of 100 albums, mainly consisting of his trademark brand of brutal three-chord garage punk. Famous for his relationship in the Eighties with Tracey Emin, the eccentrically moustachioed Childish has been cited as an influence by artists as seminal as Kurt Cobain and Jack White, and lauded by the late John Peel, yet has always remained an obscure cult figure, revelling in his outsiderdom.

In the early Nineties, Childish met Chris Broderick and Chris Allen, who started the Singing Loins as a raw, stripped-down acoustic punk-folk duo, pitching themselves somewhere between The Pogues and The Levellers. Oh so fittingly, he recorded their first two albums in his bathroom (for the acoustics, naturally). Fast forward half a dozen albums or so, the Loins, now completed by Rob Shepherd, bring us Stuff, which they describe as 'bare-knuckled folk', and Childish’s influence is all over it, in its sense of place, its self deprecating honesty and its home-cooked roughness.

It all starts off promisingly enough with opener ‘Slab O’ Slate’, a mournful, gypsy-folk shanty, with its plaintive tale of “The unloved kid” backed by banjo and harmonica. Second song ‘Where’s My Machine Gun?’ is a bonkers Russian Cossack stomp, with junk-shop percussion, queasy organs and Broderick shouting “Love thy neighbour, do us a favour, drop down dead you graceless peace of shite!”. It sounds like Shane MacGowan fronting The Doors. ‘Dying for Your Love’ carries on the spirited, rough-around-the-edges folkiness, but with a kind of flamenco flavour. So far, so charmingly home made and authentic – it brings to mind Gogol Bordello in its pilfering of different European folk traditions. And then, on ‘Friendship, for Once’, Broderick decides to have a midlife crisis.

In the hands of a more talented lyricist, the tale of a middle aged man being hit with the realisation that a meaningful relationship is more fulfilling than endless one-night stands might just about float. Maybe. But glib lines like “I’m a typical man, took a lifetime to learn, that sex without love’s less than nothing sometimes”, backed by a sorry accordian is thoroughly unconvincing. And anyway, if it’s mawkish folk you’re after, Mumford and Sons have kind of cornered that market.

Broderick, like Childish, is the owner of a voice best suited to impassioned yelping. But unlike Childish, he doesn’t seem to have a keen grasp of his own limitations, of which one is clearly heart-on-sleeve balladeering. Another low point is ‘Ascending Chatham Hill’, with its name checking of Cash Converters and its terrace-like chant of “Gillingham! Gillingham!”. This is folk-punk, sure – if your favourite punk band is Sham 69.

In their press release, the Singing Loins say 'genius is nothing more than gritted teeth and enduring patience'. If only. Their claim to being 'the world’s longest serving, truly amateur, original musical group' echoes their mentor Billy Childish’s claim to amateurism, in the sense of producing art for the love of doing it, rather than for financial gain. But, as a man who recently had a retrospective of his painting curated by the ICA and who has performed on stage with Jack White, Childish can afford to be self-deprecatingly modest. By contrast the Loins seem amateur in the sense that their music is better suited to being played in back street pubs than actual releases. If they are genuinely just doing this for the love of it, then who is anyone to disparage them? Best not give up the day jobs then.