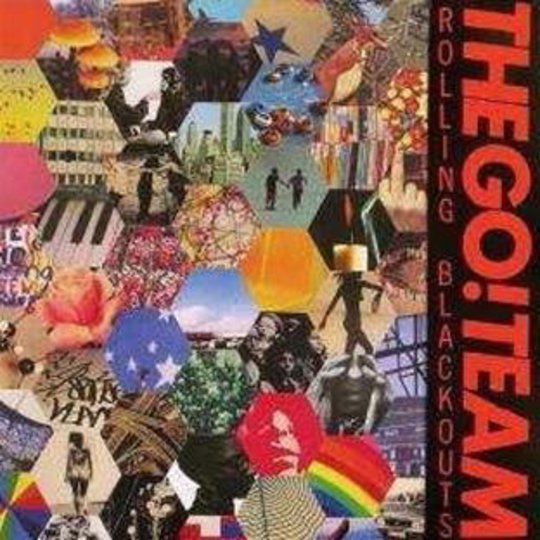 Every year, St. Benedict’s Street Fair proves beyond shadow of a doubt that the people who live in Norwich are the best kind of people. In the vicinity of second-hand record shops, the city’s finest music venue and its beloved comic book store, the relatively low-key mini-festival welcomes various local DJs to swing their unwieldy dreads to rhythms of continent-spanning dance music, and to blast their finest 12-inches out of ‘stacks’ sporadically assembled along the street. It’s a day for the city’s underlying voice to ring out; for hippies with rainbow mohawks to dance and pass wands of overpriced herb from one to another, and above all it’s the day upon which mid-afternoon will be ushered in by a crowd of utterly uckfed ‘grown-ups’.

I’ve always liked to think of The Go! Team not as a band but a street carnival - one not dissimilar to St. Benedict’s Street Fair; as a collective of horns, trumpets, guitars, Theremins, flutes, Bollywood clips and many, many drums, all of which play themselves spontaneously for our amusement, the sole reason for their bolshy existence. Rolling Blackouts does a sterling job of suspending my disbelief. So while I concede that sample collage artist and songsmith Ian Parton has always been in the background, making the magic happen from behind The Go! Team’s Wizard of Oz curtain; and that hopscotch-hip-hop, Duracell-powered superhero-MC Ninja probably dances amongst ‘humans’ in grotty Brighton nightclubs and perhaps for breakfast eats cornflakes, I maintain there’s a potentially supernatural élan to the band’s widescreen-pop gusto.

In the interests of Getting On With It, I’ll quickly point out that this is The Go! Team’s strongest effort yet; the initial fascination has eventually worn off, and Rolling Blackouts is patently their most satisfying, accessible record to date. For the first time the songwriting process has been founded on live instrumental ideas as opposed to samples. So although the sextet has never come across as musically conservative, the wide-ranging foundations necessary for maximising their very much maximalist ambitions are set firmly in place, and a raft of guest vocalists help to realise this potential.

‘Back Like 8 Track’ is the pick of the lot: a triumphant, trashy, coruscating melee of playground chants buried beneath brass-band oomph and jittery kinetic bass-lines. The sum of said amounts to a thumping racket that is - Lord knows how they pulled this one off - Even Better Than ‘Ladyflash’.

In fact, across the whole album there’s a broadness in scope that predecessor Proof of Youth - and even Thunder, Lightening, Strike - lacked. Between the dreamy Sixties heartbreak of ‘Ready to Go Steady’ (complete with sentimental spoken word interlude from Bordeaux balladist Lispector) and the title track’s nebulous shoegaze-rock, it’s clear that the stakes have been raised since previous outings.

By this token, not everything’s quite so successful. ‘Buy Nothing Day’ is spot-on summer schmooze, save for a lifeless multi-tracked vocal from Best Coast’s Beth Cosentino, whose intonations do more for me when refracted through the aforementioned title track’s hazy Loveless-allure. But there’s certainly no dearth of song ideas, as hyperactive hip-pop-noise-hop highlight ‘Voice Yr Choice’ attests.

Though they borrow from many eras and styles, The Go! Team’s skill lies in their tightrope avoidance of nostalgia, and constant reassessment of how their music can be both antidotal to flash-in-the-pan trends and perfectly modern in itself - whilst eschewing (Heaven forbid) self-conscious counterculture. (To keep this up they’ll need to make another leap forward forth time out, but now’s not the time to worry about that...) What was once a solo-project for Parton’s sample-based doodles has grown into an unmistakeable shared experience, characterised by the band’s collective input; I don’t want to believe the group consists of ‘normal’ people, because it moves and functions as a single body, like a roaming robotic jukebox from the future or indeed a rather noisy street carnival. Once experienced, the furious dynamic this synergy creates duly canons itself into the consciousness and isn’t in any hurry to get out again, and that’s absolutely fine by me.