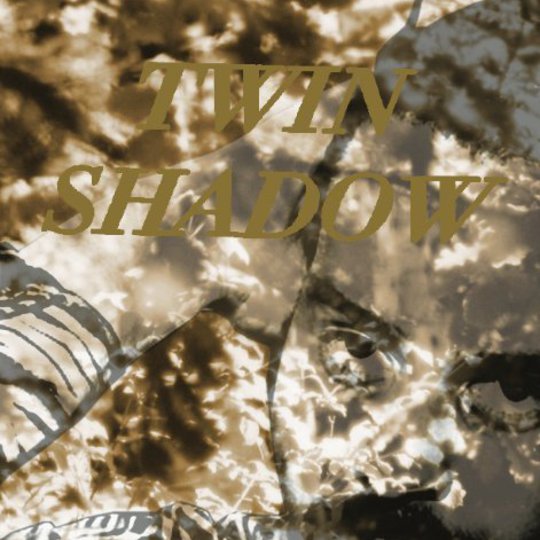 In the grainy VHS-style video for lead single, 'Slow', sporting a moustache that sits somewhere between Prince and John Oates and a quiff that has led overeager bloggers to hail him as the 'Black Morrissey', George Lewis Jr. - AKA Twin Shadow - makes no bones about his roots. The song itself is a spaced-out, hard-paced salute to the likes of Echo And The Bunnymen and Joy Division - even channelling, if not flat-out pilfering the beat from 'She's Lost Control' - and his debut on 4AD, Forget, is a welcome reminder that while the bones of Eighties pop/goth continue to be picked unmercifully, there is hope in the right hands.

A case in point right off the bat is 'Tyrant Destroyed', which steadily opens proceedings in eerie fashion, building from streaks of haunting synth textures and a subtle pulsing beat into a polished chunk of dark, full-on, electro pop. Led by Lewis's smooth, Bowie-esque croon, the already obvious retro-fascination really begins to emerge here, with every crack of the drums and every last electronic voice sounding like it has been painstakingly crafted for authenticity.

'When We're Dancing' further demonstrates Lewis' knack for fleshing out his compositions, having seemingly paid special attention to coaxing life into every prickly guitar line, wavering synth drone and every impossibly funky slap of the bass - a sound, and approach that almost sees him branching off into straight-up, string-flecked disco on 'Shooting Holes'.

'At My Heels' plays out almost like a slicker, fuller take on the kind of eccentric good time pop that Darwin Deez and various other modern lo-fi adventurers have attempted to explore. It's considerably lighter in tone and establishes a sort of party vibe which helps to offset some of the darker moments. 'Yellow Balloon' follows on from this lift in pace, taking a confident a foray into funkier territory before 'Tether Beat' creeps in with Lewis' beautifully unsettling refrain of "does your heart still beat?"

His stylised crooning has now taken on elements of Kele Okereke and TV on The Radio's Tunde Adebimpe; however, on these prolonged, more slow-going moments, it has a danger of wearing thin. His voice suits the music and the overall feel of the record, but there are times when it has the danger of straying into parody.

However, any gripes one could have with the record are dispensed with by the final stretch, 'For Now' in particular, which is undoubtedly the highlight here. Sprayed with searing solos and scattered with hip-shaking percussion, the track is pinned together with a quite frankly ridiculous groove, spitting into life like some kind of MJ-penned Eighties cop theme.

'I Can't Wait' on the other hand is the stuff of dream sequences, sounding like the long lost cut from the Breakfast Club soundtrack. Title track, 'Forget' isn't far off either, and plays out the record with Lewis' closest attempt at balladry. Sung out tenderly and building into moments of near fist-pumping glory, before ripping out a solo from the Prince bag, it closes things in style.

If it hasn't already been made clear, there is a pretty constant, not to mention obvious, Eighties aesthetic permeating these eleven tracks. But it's been put together well enough that its never really overbearing or worse, a contrived mess. Yes, it reeks of nostalgia but still, it manages to sound fresh enough to be forgiven.