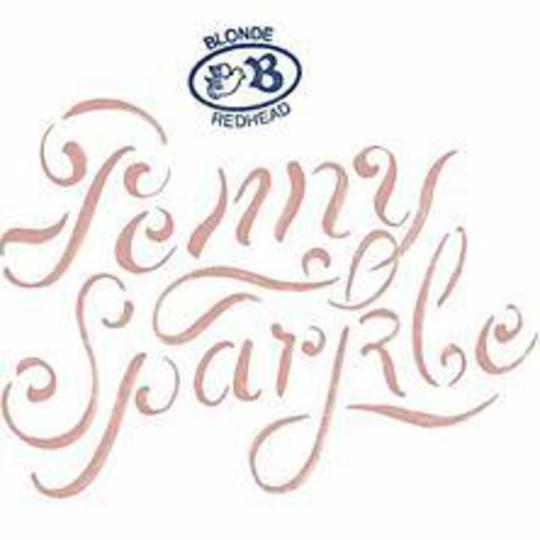 Gaining widespread critical recognition has been a slow process for New York based trio Blonde Redhead. Six albums and 12 long years to be precise, having emerged under the tutelage of Sonic Youth's Steve Shelley, whose sound Blonde Redhead's occasionally mirrors. Having found themselves as peripheral figures on New York's underground scene for so long, 2004's Misery Is A Butterfly, their first for 4AD, was undoubtedly the catalyst for their ascendancy to the upper echelons of American alt-rock's hierarchy. Three years later, its successor 23 firmly entrenched Blonde Redhead as more than a long-neglected treasure, but potentially one of the most influential post-millennium outfits on the planet.

A further three years down the line, and Blonde Redhead now find themselves in the unenviable position of being charged with one of 2010's most eagerly anticipated long players. Having worked with the esteemed Alan Moulder on Penny Sparkle's predecessor, they've once again co-opted to employ his talents on the mixing desk. However, whereas 23 glistened with a sheen that recalled such previous Moulder triumphs as My Bloody Valentine's Glider EP and Ride's Going Blank Again, its the production duo of Van Rivers and The Subliminal Kid - best known for Fever Ray's debut - that really come to the fore here.

Sure enough, Kazu Makino's highly pitched vocal is omnipresent throughout Penny Sparkle's ten pieces, but whereas Blonde Redhead's past efforts carried a guitar heavy accompaniment, here they've been replaced by a combination of forceful beats and carefully orchestrated synths. While that may prove somewhat disappointing to anyone expecting 23 mk II, it shows that Blonde Redhead haven't spent the interim period settling for the easy option. In fact, having striven for so long in search of recognition, the fact they've veered off-course in another adventurous direction has to be applauded.

While not as immediate as either of the two records that came before it, Penny Sparkle still manages to both enlighten and engage in equal measures, yet also retain an air of mystery about it that flourishes with every listen. The percussion heavy intro coupled with Makino's haunting delivery renders opener 'Here Sometimes' not too dissimilar to some of Bjork's more minimalist offerings, while the atmospheric siren-like keyboard effects that punctuate 'My Plants Are Dead' coupled with the drum-heavy claustrophobia of 'Oslo' falls more in the ballpark of Mezzanine-era Massive Attack than any New York arthouse guitar band.

At times, Penny Sparkle does have a slightly repetitive air; 'Love Or Prison' and the closing 'Spain' both feeling as if they were created to fit a certain template. As a result, the adage 'less is more' may have been more effective here, as a slight reduction in content would have provided a more concise and flowing record than the one in front of me.

That said, the moments of pure bliss more than make up for Penny Sparkle's shortfalls. 'Not Getting There' is a two-and-a-half minute sugar rush of gliding strings and reverb-laden guitars that is the closest Blonde Redhead come to the ethereal magnificence of 23. Elsewhere, the title track's hypnotic mantra drifts in and out of consciousness like The xx at their most potent. 'Everything Is Wrong', meanwhile, takes the much-maligned genre of trip-hop into the 21st century, Mazino whispering "Hard to say yes, hard to say no, I want to make love, I want to say hello" devilishly over its ambient backdrop.

On the whole, Penny Sparkle won't fulfill everyone's expectations, but few can argue it represents another stage in Blonde Redhead's audacious quest for development, even after 17 years and eight albums of trying.