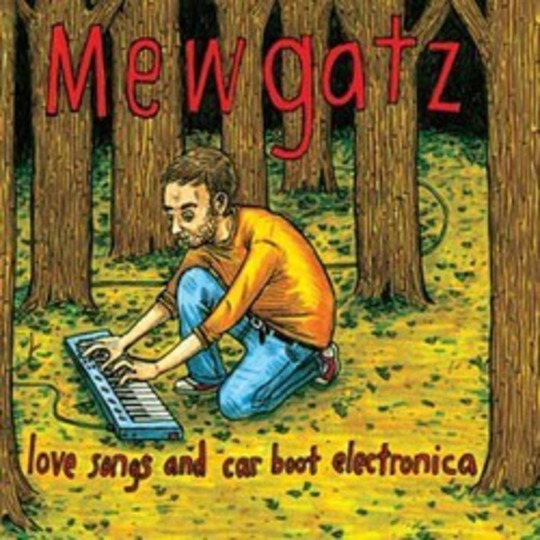 As the boundless march of technology continues, an increasingly relevant musical response may lie in the art of circuit bending, where electronic devices have their wires tinkered with, exposing their vulnerabilities and forging a fascinating sonic meeting point between man and machine. Mewgatz, aka Bristolian Ed McGregor, is one such proponent, but while his debut album is full to bursting with the twitches and wailings of malfunctioning equipment, it’s let down by a very old-fashioned deficit.

Love Songs and Car Boot Electronica opener ‘Photocopy’ demonstrates the problem. As an introductory scene-setter, it works reasonably well, with McGregor’s matter-of-fact vocals assaulted by the unpredictable emissions of his misfiring menagerie of toys. However, as a song, it’s extremely flat, and actually rather draining.

Indeed, no matter how thrilling the electronic burblings get, when it comes to tunes, the dividends are alarmingly few and far between. ‘A_Part’ is cute enough but certainly no showstopper, while the tenderness and charm of ‘Difference’ aren’t quite enough to really satisfy. Even ‘Transatlantic Fibreoptic’, with its understated beauty and drama, doesn’t quite live up to the sum of its parts, merely hinting at Mewgatz’s potential rather than delivering on it.

And with songwriting a weak link, it’s worrying that the results are so disappointing when McGregor takes songwriting out of the equation for the three instrumental tracks. The volatile, messy ‘Linkup’ is probably the best of this bunch, since ‘Dwarved’ and ‘Function’ struggle to add value beyond letting the vocal mic cool down a bit.

And yet, after 52 minutes of missing the mark, album closer ‘Moscow Waltz’ sees Mewgatz finally, unexpectedly, register a resounding bullseye. Upon a bed of primitive Casio beats and motherboard crackles, McGregor breaks free of the detachment which has characterised his vocals throughout to deliver a passionate, heartfelt lament full of power and beauty.

Taken as a whole, though, Love Songs and Car Boot Electronica represents a real missed opportunity. This really could have been great, but the majority of the record carries a distinct whiff of what might have been. It’s also difficult to say where Mewgatz could go next, with the project’s novelty quota now spent. A frustrating curiosity.