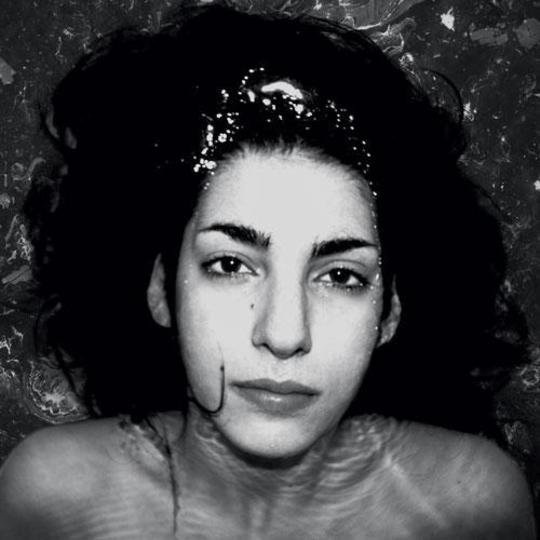 Experimental folk? Nah, don’t pigeon-hole Wildbirds & Peacedrums. They are an evolving musical entity, pushing their limitations beyond what anyone else would dare imagine. With Mariam Wallentin’s strange ménage a trios vocal (Think Bush, Simone and Minelli battling to the death in a bile ridden larynx) and Andreas Werliin’s erratic percussion, the married duo travel beyond what is anticipated. If you’re a Scandinavian act then you tend to get more of a licence to be out there - exuberance and extravagance is encouraged. Being weird is accepted and expected. But by the grace of God there is some actual substance to this music, and that my friends is something beautiful.

It is evident on this EP that Wildbirds & Peacedrums are expanding their sound. Working alongside the Schola Cantorum Reykjavik Chamber Choir, the duo’s natural minimalism is galvanized by the majesty of harmonious tranquillity.

‘Bleed Like There Was No Other Flood’ reminds us about the duo’s key traits. Sparse, oddly stormy percussion punctuating the bewildering vocal layers that flow from Mariam Wallentin’s unique lead, and then there is the overwhelming sense flowing through this song that life is but a prelude to the long chasm of bleak nothingness. The tone of this album is wedged in a war between natural wonder and human decay, temporary streaks of light against an infinity of darkness.

‘Tiny Holes In This World’ slowly trudges along a drag your feet drum beat. Wallentin’s scattered words seem to find it difficult to find a place within the rhythm, with the choir acting as audio polyfilla. It’s a bit of a mish-mash effort and somewhat stilts proceedings. ‘Under Land And Over Sea’ compensates for the previous track with Wallentin’s voice silvery and pure, floating in the morning mist. I’ve got to avoid using the word ‘haunting’ to describe this one, need to look in a thesaurus and find another word. The track feels cold like a marble slab on an December morning, the hand of death stroking the nape until goosebumps rise from pale skin.

‘Fight for Me’ is a pounding dose of tribal warfare which reminds me of the visceral natural sound found on the duo’s second album The Snake. Wallentin is able to express her intentions far better than Cheryl Cole was able to when fighting for love. The echoes spew from the choir, bashing against cathedral walls, knocking fortitude into tame rubble. ‘Peeling Off The Layers’ provides the wow moment, with Wallentin reaching a strange level of greatness. Florence, this is how you epically warble.

Presented in a more digestible dose, the length of this EP complements the awe on display. Where as Heartcore and The Snake perhaps diluted some of the magnificence of Wildbirds & Peacedrums we as listeners are given room to absorb what our ears are confronted with. The percussion is identifiable, it has character, and it sets not only tempo but mood. Mariam Wallentin’s vocals astonish throughout, despite the tendency she has to border on the melodramatic. Retina is only part one with a second EP titled Iris to follow this coming June. What brave new world can these intrepid travellers unveil next? For now, Retina is the perfect example of what creatively can be achieved within the structured confines of the EP format.

The Fall at Keele University, , Sun 02 May