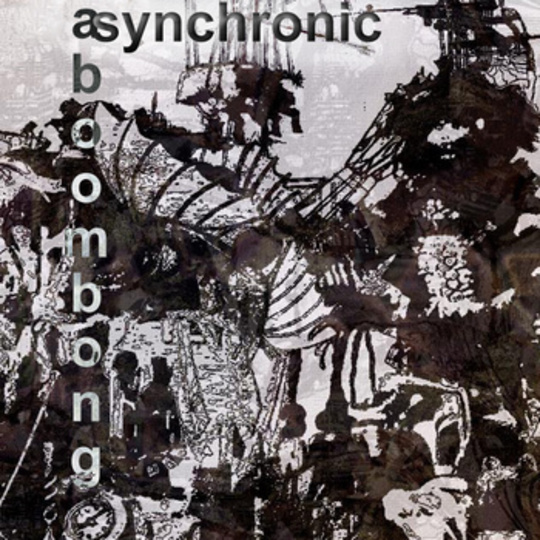 Seattle-based composer and multi-instrumentalist J. C. Thorne - notably of Psychic Enemies Network along with ¡para!helion, The Jonny Cats and Anxiety of Silence - has released the follow-up to last year’s self-titled debut Aboombong.

Oscillating between drones, West African rhythms and cosmic jazz, Thorne nods to some of the most highly revered music of the 20th century: 'Broken Glass' to birdsong, musique concrète to cosmic jazz. Aboombong are aggressively hip and achingly contemporary.

The amusingly titled opening track, ‘Never Been To Konono’ indicates how Aboombong values the work of others, in this instance the Congolese group Konono No.1, famous for their use of electric idiophones. The track, as indicated in the title, creates a soundscape for the imagined destination of Konono. Here we find the qualities of a metropolis, layers of sound fighting for prominence, the metals of industry buzzing and scratching against each other as the traditional rhythms become increasingly inaudible as they are forced into the hinterland.

Following track, ‘Ritualistique’ is a minimal approach to this idea. Here the sonic components can be clearly identified and easily observed. As the woodblocks enter into their repetitive rhythm, ‘Ritualistique’ is a picture of IDM, in the sense that it’s dance music you cant dance to. However, unlike Konono, it’s folk traditions that conquer - seemingly through repetition and perseverance.

‘Jericho’, sees Aboombong travel through Africa to the Middle East and to Black-Israelite territories (a portmanteau for the fusion of history and culture rather than the BHI – the controversial religious movement). The track can be seen as an affront to the output of Sun Ra and his Arkestra. Free jazz reigns supreme, climaxing with a trumpet melody.

‘Forsaken’ is the record’s most haunting offering. Sounds of the city stream out sporadically, similar to the way horror movies use truncated incidental motifs to unsettle the audience. The stark nature makes the listening experience particularly unnerving. Yet despite its unattractive repertoire the sound is totally enthralling. The attention to minute modulations in sound is terrifying. A process similar to taking in the gargantuan L'Usine d'Incinération Décorée de Fernwärme Wien (tr. the painted Fernwärme Wien incinerator – Vienna) by Friedensreich Hundertwasse whereby all the detail distracts from the sound’s typical function, namely destruction.

However the real achievement on this record, is not the fusion of avant-garde genres creating some pretentious Megazord - whereby Steve Reich, Sun Ra, John Cage and Richard H. Kirk are the component Power Rangers – it’s the ability to maintain tension. In its course aesthetic comparisons can be drawn to Cabaret Voltaire and their electronic DIY experimentation.

As such, any development in the ‘electronica meets Africa’ realm could be approached with much scepticism were the influence of electronic artists as well known as their Pop and Rock counter-parts. Were an artist today to produce a record that shared influence with musicians from the Sixties pop scene it would be pigeonholed as ‘nostalgic’ or ‘excessively-reverent’ or most likely, '…just trying to be Bob Dylan, man'. There’s no denying that Aboombong is in debt to the music of the past, but it owes as much to traditional West Africa as it does to modern drones and noise.

The raw energy that supersedes the sound offers the illusion of relevance. The fact that the ‘contemporary classical’ movement has continued for over a century and Aboombong are equally an extension of the movement as is a reflection of it. The continual revision of ideas give Asynchronic the feel that although is echoing the discourse it frequently falls short of advancing it.