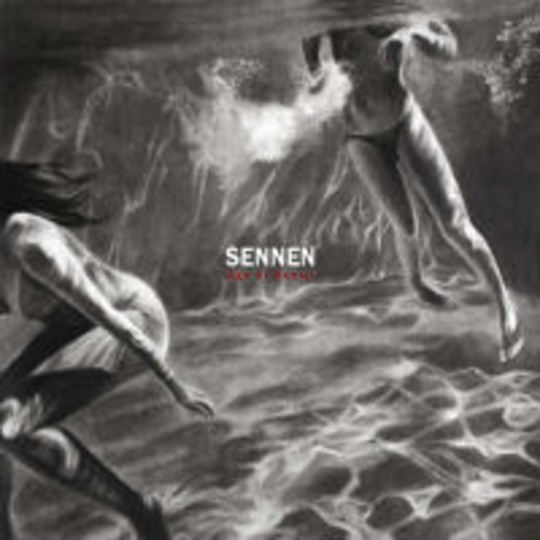 Wearing their influences in a most brazenly fashion, Sennen somehow manage to pull the whole escapade off - just - where lesser artists would be arrested by the plagiarism police. Nevertheless, what sets these four East Anglians apart is an unerringly deft precision both musically and lyrically that makes it difficult not to find them engaging, even during those moments where if anyone else committed such a similar act, you'd find it hard to resist temptation to get on the phone to the odd publicist or lawyer. Still, when your band is named after a song by one of the most famous bands to emerge from the genre you've set yourself up as a part of, comparisons are inevitable, and usually end in failure. Here however, Sennen raise the ante somewhat by flitting between several styles and sounds, the only distinctive constant throughout coming courtesy of Laurence Holmes and Rich Kelleway's stirring vocal harmonies.

Indeed it's been a long, and not always comfortable journey for Sennen to reach that difficult third album. Their first record, 2005's Widows, stood them in good stead, heralding an outfit of obvious promise, even if in hindsight it perhaps did sail a little too close to the bone of EITS/Godspeed! paralysis. Follow-up Where The Light Gets In seemed to define their agenda more clearly, firmly establishing them as part of the new shoegaze movement, if not quite attaining the critical or commercial success of some of their Stateside contemporaries.

Age Of Denial is a more deceptive beast, not least by way of the title track itself, a precursor to the album when released on 45 last month that seemed to hint at a heavier, more noise-induced direction. The angelic guitar sound of yore replaced by soaring crescendos of distortion and feedback, 'Age Of Denial' undoubtedly stood out as their bravest moment to date, falling 17 seconds short of five minutes, most of its second half encapsulated in said halos of noise. What comes next is a shock to the system, in that Sennen actually proffer a more pop-oriented course that takes on New Order ('With You') through the rockier climates of Black Rebel Motorcycle Club's dissonant highway ('SOS') before ending up in The Jesus And Mary Chain's darklands ('Innocence')...literally.

It's the honest statements of intent though that capture the mood succinctly, Holmes' desolate plea on 'A Little High' ("I'm fading away...we're falling apart") and seemingly lost cause of 'Broken Promise' ("If I could make it right, just for a little while") would suggest that while one relationship may have been soured, he and his band's songwriting blossomed as a result. Add the reflective ballad 'Sleep Heavy Tonight' and anthemic rocker 'Can't See The Light' and you've a mixed bag of tricks here that only momentarily falls short (the tawdry 'Falling Down' and forgettable Ride pastiche 'Red Horizon' being the two most guilty parties) of the standard set by Age Of Denial's title track, and ultimately ensures what is on the whole, a job well done by the best thing to come out of Norwich since Alan Partridge.