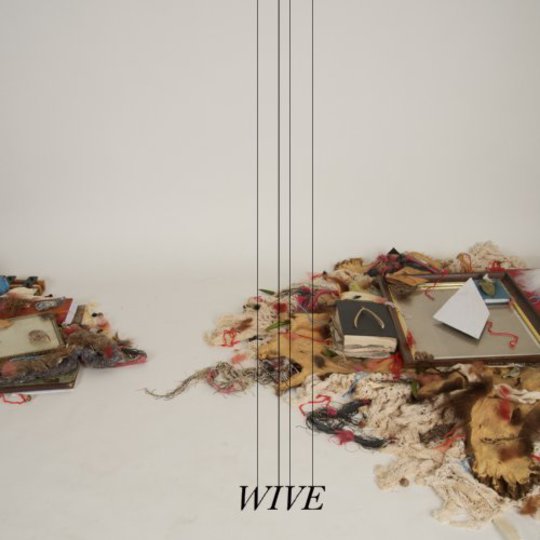 Articulacy can make or break a record. All too often naivety is mistaken for sincerity or honesty while intricate arrangements are dismissed as too exclusive. It can’t have escaped anyone’s attention that the last month or so has seen a handful of records whose inspiring twists on orchestration have garnered high praise; Four Tet’s glitch-spliced ambience, These New Puritans’ bassoon-led doom or Owen Pallett’s elaborate string loops. PVLL comes from a similarly deft and intertwining construction, though arguably less dense for the most part, and is all the more engrossing for it.

As a new project by erstwhile A Whisper In The Noise members – drummer/programmer Matt Irwin and violinist Hannah Murray, WIVE should come as no surprise to those familiar with their former group’s classical oeuvre. As well as recruiting Matt’s wife for backing vocals, the remaining musicians involved sent their parts from their homes via the internet. In a record of contrasts, this fact certainly makes a mockery of the studio vibe cliché. This album is as intense and passionate as if recorded live, all together, in a rehearsal space.

‘Come, Join The Sea’ rests upon a lilting piano figure, joined by elegant violin while husband and wife Matt and Meghan harmonise across this simple, sombre waltz. As hints of notch-clicking electronics and delay feedback seep into the arrangement, there’s no loss of the melody in the ensuing deluge. It’s undeniably precise, but not calculated enough to lose any of the eerie, shivering effect. Attrition strips away the former’s more fathomable composition. It opens with a growling glitch noise before the regal sweep of organ and Matt’s learned voice bring in a hummable tune, a thrumming, seething accompaniment of serene aural fog descends. Distant drums – the only nod to the real life distance between the couple and their collaborators – build the ominous aura before shearing away anything but electronic accompaniment for a few bars.

Barring the spectral droning of ‘Langvage’, which is spectacularly haunting and harrowing, all of the cuts on PVLL echo the above approaches. The highlights of ‘Lazarvs and Dives’, ‘Widows’ and ‘Tongve of Callvs’ all have unique signifiers which lend them their impact. For the latter it’s the hesitant, off-beat gaps between drum runs, something that lends a sense of longing to the narrative. ‘Widows’ has optimistic crashing major chords in its chorus, while ‘Lazarvs…’ has a rippling thread of stuttering static throughout which hints at uncertainty and anxiety.

The criticism which is doubtless going to pass a few lips is that old protest about the lack of originality. Addressing this seems churlish in some ways, as it’s basically an old man’s argument amounting to: 'things were better before, everything now is just a faded carbon copy'. Frankly, reinterpretation is open to everyone and finding you relate to familiar sounds does nothing to dull their impact, especially when so succulently brewed.

This wilful experimentation and melding of disparate organic and mechanical sources gives the maudlin a much needed burst of hope and clarity. Rather than feeling oppressively melancholy these songs are arranged so as to bloom just as all seems lost or to whisper soothingly as things take a turn for the worst. It is a beautiful, at times expansive record, which takes as much notice of extraneous sounds as chord sequences and note scales. It’s this vocabulary that bolsters their songwriting, building upon simplicity. The result is an absorbing listen that makes much of embracing fluency of expression and scope.