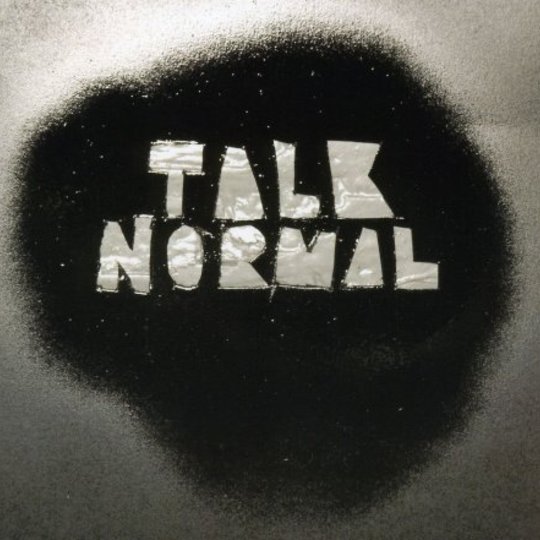 Talk Normal make an unholy racket. Taking nods from Sonic Youth, circa Bad Moon Rising, Sleater Kinney and Marnie Stern, Sugarland is a record acerbic both in wit and character. It’s not riot-grrl, no-wave or no-fi. It’s… a riot.

Battle-hardened vocals collide with walls of feedback, evoking the same delivery that made Huggy Bear so damned compelling. Though to call Talk Normal riot-grrl would be to miss the point. Described elsewhere as no-wave, on first listen there is an obstinate refusal to bow to melody. Yet as the record wears on, there you begin to notice particular – almost melodic - nuances buried beneath feedback and fury.

The trash-can cacophony that shades ‘Hot Song’ offers a brutal, frenzied introduction to Talk Normal. From the percussive doom of the opening track to the cruel flirtation of a cover of Roxy Music's ‘In Every Dream Home a Heartache’, Sugarland is a seductively abrasive record. The industrial repetition of ‘Transmission Lost’ finds Sarah Register and Andrya Ambro exuding a primitive fury over walls of feedback. Every ounce of malice is wrung from it as a tribal rhythm prevails beneath; as the guitar falls off it begins, again.

Almost immediately the jagged edge of ‘River’s Edge’ gives way to the sedate, sinister ‘In Every Dream Home a Heartache’ a lingering, seething beast that lures you into its path, before cutting your throat and driving its seven tonne-chassis over you without regret. It’s all gentility at first – driven by a sinister, relatively sedate synth before morphing into a seething beast kicking and screaming against every pseudo-pop sensibility tacked onto it in the first place.

It is this righteous fury, the sheer balls to the wall defiance that makes Talk Normal so compelling. There is a deep seated sense of rage beneath this record – yet its power comes from repression. There is no true ‘boiling point’ - Talk Normal seethe like others swoon but while their teeth may be bared they are, for the most part, restrained.

‘Uniforms’ shows the kind of guitar athleticism that made Marnie Stern something of a pin-up for slack jawed indie boys and aspiring-starlets the world over, yet the sugary vibes are stripped instead coming on like a snarling, prowling Kathleen Hanna. Whilst parting shot ‘Outside’ is four-and-a-half minutes of haunted lethargy.

Talk Normal aren’t the sort of band that should be tamed. Let them loose, let them stalk the halls of Radio One, Q magazine and Sony Records. Send them in for the kill, or at the very least a ragged roughing up of the increasingly toothless old man of the music industry.

What Sugarland does is neither new, nor ground breaking. But there is a sense of vitality in these girls’ dissonant ‘no-wave’ chic. The constant conflict between melody and menace drives the record towards its own, chiming end – besieged by wayward sax and a sense of inescapable sense of doom.

Talk Normal are vital, vitriolic and fucking righteous. Melody is besieged by discord, as the girls systematically lay waste to the aspirations of the peers. Remember the Pipettes? Well, these two ate them for breakfast – and their fucking polka dot dresses.