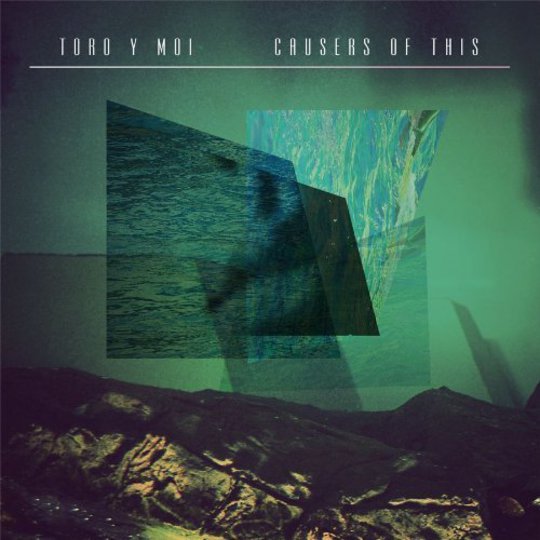 When 'Blessa' billows in on a cloud of reverb and warped tiki ambience it's tempting to jump to the conclusion that Toro y Moi are peddling yet another simplification of the unstable beachside bliss Animal Collective have made their own – especially given that on this song, sole member Chaz Bundick's vocal is a DEAD RINGER for the disconnected warble of Panda Bear. This smartarsed supposition is scuppered, however, the moment the beats make their entrance and the song gathers itself into a fairly tidy lump in the foreground of one's brain. For while Bundick is undoubtedly indebted to the AC crew, on the evidence of this release he owes as much to Flying Lotus, J Dilla, Daft Punk and even Nineties girl group SWV, whose dreamy 'Right Here' – specifically the single mix which tore great fluffy chunks out of Michael Jackson's 'Human Nature' – is evoked during the lazy piano-led R&B of 'Imprint After'. Nostalgia really isn't what it used to be... if it means indie kids are crafting pocket universes out of, among other diverse elements, fuzzy memories of R&B from the last couple of decades rather than The Beatles, The Clash or The Smiths, it's actually a whole lot better than it was.

Of all the Glo-Fi hopefuls, Bundick seems to be the one who secretly has his act together. While Washed Out, Neon Indian and Small Black all have their charms, this South Carolina daydreamer exhibits a talent for crafting songs which push all the tender buttons while displaying enough sonic invention to place them firmly in the present and, given how hazily summer-ready it all sounds, the near future. While Causers Of This appears lo-fi on a superficial level with its rough, oversaturated sound quality, it's evident that Bundick has achieved a level of familiarity with his tools which goes way beyond awkward, sophomoric fumbling. Everything here, every wobble, comes across as purposeful, masterminded; Bundick's clearly a tech geek to rival that young fellow who does all the hard work for The XX.

There's a loveable earnestness – and sadness – to Bundick's tunes which makes terms such as 'Glo-Fi' and 'Chillwave', despite their usefulness in delineating an emerging set of trends, seem a little reductive and flippant. Come summer 2010, we may see this stuff break pretty big – witness Small Black's recent signing to Jagjaguwar – but who'll be left standing when the sandstorm subsides? It's likely that Bundick's music will evolve independently of fickle fashion and remain untouched by the discourse surrounding his unasked-for categorisation. Causers Of This indicates an artist with sufficient smarts and durability to outlive the hype, and there's already another record in the can.