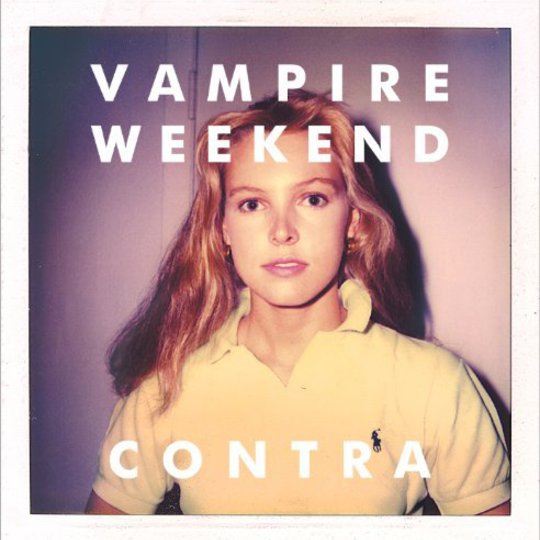 For all the kind words that greeted Vampire Weekend’s self-titled debut album, two years on, it’s not hard to detect a cooling of the air. Specifically, matters seem to have advanced from it merely being mandatory to describe the New York quartet as ‘preppy’; these days it’s in vogue to characterise – sometimes dismiss – the band as actively privileged or posh.

Do people mean it? Should Vampire Weekend fear revolt amongst the serfs? Prooooooooobably not. Though ripping on Ezra and friends for being on the privileged side IS quite fun, the fact is that we the British (sorry, the non-British) have such an entrenched and inward-looking view of our own class system - one heavily based on the presence of actual aristocrats – that we have dick all real concept of American poshness. Are Vampire Weekend Eton posh? Grammar school posh? Lottery winner posh? Posher than Paris Hilton? Or is she just a vulgar nouveau riche?

The issue isn’t that. Nope: surely it's a case of looking for SOMETHING tangible to chastise the band over, something to avoid having to actualise the rather complicated fact that glorious as the songs on Vampire Weekend were, they were simultaneously a bit rubbish. By this I mean virtually every track had moments of brilliance and moments that inescapably sounded quite a lot like ropey Sting. Take ‘Oxford Comma’. It’s basically flat, fey cod-reggae. It’s naff-approaching-awful. Oh, except the gloriously elongated choruses, where ever more strings gather about Ezra Koenig’s incomprehensible pronouncements about coal ownership. It’s brilliant-approaching-genius. Er, see?

Well, that’s a highly subjective theory anyway, one that’ll be put to test by the ultimate fate of Contra, a more balanced and elegant a record than Vampire Weekend, but a markedly less exuberant one. Here the debut's surging, crashing wheel of highs and lows, killer choruses balanced against grating reggae lilts, audacious lyrical earworms and cringe-inducing verbal howlers is largely gone. In its place is a thing of low key prettiness that gently enchants whilst feeling like the work of a considerably less excitable group of musicians.

Does this make it better? Worse? Well, it's certainly less easy to pick holes in. Most of the songs are subtle beasts, based around soft, bubbly electronics, sparse synths and low key spatters of drum machine. They work their way up to delicate crescendos, only minimally adorned by extraneous instrumentation. Koenig seems to have largely ditched the full blooded ‘world’ croon; indeed, with the rhythms so subdued, it’s only really the leisurely ‘Diplomat’s Son’ that approximates the first album’s 'Upper West Side Soweto' (though there’s a definite Tex-Mex feel to the livelier moments).

The likes of ‘Horchata’, ‘White Sky’ and ‘Taxi Ride’ are gentle, floaty things, more calm and consistent, tender and thoughtful, less everything-bar-the-kitchen-sink bumbling than the first record. But they also feel distant, like the band has been evened out by Prozac, shorn of both highs and lows, forced into a middle ground. There’s a definite temptation to seek answers from multi-instrumentalist Rostam Batmanglij and his faux R’n’B side-project Discovery. Contra contains nothing remotely so objectionable as Discovery’s jaw droppingly irritating ‘I Want You Back (In Discovery)’, but the smooth, machine-produced lines, electronic drums, absence of organic sounds (particularly strings) and, indeed, the presence of auto-tune on ‘California English’, all hark back to last year’s LP.

Which would be fine, except for how much more engaged you feel with Contra when the band suddenly do something daft or bombastic. Three songs in, and ‘Holiday’s surging tempo, gloriously brainless lyric (“to go away on a holiday never seemed so clear”) and loopy keyboard solos just feel so much more tangible than what’s come before; likewise the arrival of the scatty, scuzzy ‘Cousins’ is pretty much tantamount to an old friend saving you from an interminable conversation at a party.

Let’s be clear: Contra isn't dull. The moment where Ezra intones “it struck me that the two of us could run” before a peal of eerie brass shivers your spine ought to put back impatience for a new Sufjan record by, ooh, an hour or so; likewise the outro of ‘Giving Up The Gun’, a swirling, haunted choral that rewards the plodding build. If there's no 'Stillness is the Move' here, it's a record that firms up the whole indie-R'n'B genre very nicely indeed.

No, Contra is a solidly entertaining, well-constructed album, and if people take to it, the tendency to mock the band will, I think, fade, simply because it doesn’t have obviously unfashionable moments to feel uneasy about. But there’s less to love, less giddiness, less presence, fewer serendipitous moments of daft joy, and that's a shame.