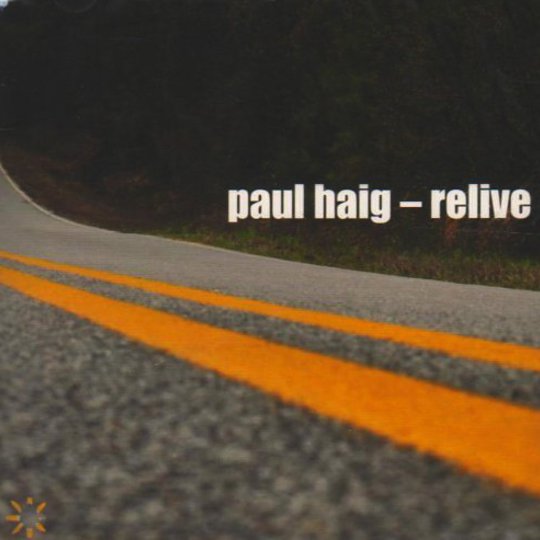 As the frontman of Kafka-loving post-punkers Josef K, Paul Haig was a quietly enigmatic figure in the 'Sound of Young Scotland' movement of the late-Seventies/early Eighties. That Motown-referencing phrase was the motto of Josef K's label Postcard Records, also home to Orange Juice and Aztec Camera, although the movement is typically considered to include other Scottish post-punk luminaries such as The Associates. These compatriots all enjoyed a degree of mainstream success albeit fleetingly; Orange Juice hit number eight in 1983 with 'Rip It Up', The Associates made memorable appearances on Top of the Pops with 'Club Country' and 'Party Fears Two' and Aztec Camera eventually hit MOR-pay dirt with Love. Perhaps indicative of their cult-ready nature, in 1981 Josef K recorded their debut Sorry For Laughing, which the band thought sounded too slick and so rerecorded and retitled as The Only Fun In Town which Haig described as "an unconscious act of commercial suicide, definitely!". They split just a few months later.

Haig spent much of the intervening years working on the fringes of electronic music, but Relive is very much a return to his roots. That's not to say that the album sounds like a(n extremely) belated follow up to The Only Fun Town. To be fair it is only on one track that Haig really reproduces the Josef K sound; 'Round and Round' is a co-write with former-Josef K/Orange Juice guitarist Malcolm Ross and could easily have been recorded by the same people in 1980, yet it sounds completely natural in 2009. Gloom-drenched guitar and bass combine to ominous effect on verses which are shot through with brittle white-hot funk stabs. In the midst of it all there is a transcendentally beautiful key change, classic Josef K in how it sounds totally awkward yet effortlessly melodic. Bizarrely the only other track that recalls Josef K is in fact a cover of Pere Ubu's 'Horses' where the strangely swoon-worthy melody is embellished with sweeping electronic flourishes, giving the track an odd sci-fi/spy movie soundtrack feel.

It's easy to criticise an artist for trying to recreate their halcyon days, but these moments in fact provide Relive's highlights; elsewhere Haig sounds intent on fashioning a general post-punk sound much less distinctive than that of his own musical history. The title track and 'Ambition' sound like the work of Joy Division/early-New Order copyists, with their high-end bass twangs, gloom-by-numbers atmospherics and monotone vocals leaving little impression, although the subtly pulsating momentum of the latter song is undeniable. The refreshingly chirpy guitar break on 'So Contemporary' is an intriguing suggestion of what it would have sounded like if Haig and Edwyn Collins had swapped bands and as such is one song where it's a pleasure to hear Haig recall one of his post-punk contemporaries.

Unfortunately Haig's voice hasn't aged so well, his paranoid croon of old now sounds rather fusty and inexpressive. Aside from 'Round and Round', it is only on the Velvets-jangle of 'A Good Thing' that Haig's vocals sound comfortable, mostly because his limited range makes a for a good approximation of Lou Reed's cool detachment. Several tracks are also blighted by dated synth sounds. Album opener 'Trip Out the Rider' would perhaps make good kitsch-pop fodder for, say Girls Aloud or The Saturdays, but here just sounds like a bad Gary Numan impression. 'Listen To Me' and album closer 'Eyes Wide Open' are pleasant if workman-like ballads which are consequently ruined by cheesy synth strings and an irritating imitation-brass refrain respectively. This along with an overall low production value suggest that Haig didn't have much of a budget to work with, but it's hard to believe that a man who has spent much of career dabbling in electronic music can't do better than this.

Ultimately Relive is one for the hardcore Paul Haig fans only; the same people who own all his records released under the Rhythm of Life banner. It would be difficult even to recommend this to those curious to hear what became of one of the figureheads of 'The Sound of Young Scotland' and gloomy existential post-punk, such would be the disappointment.