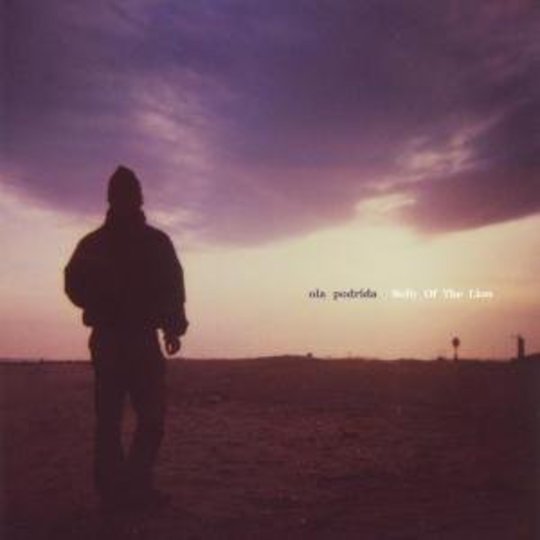 A composer of film scores by day, by night David Wingo is… well, an indie singer-songwriter, based in Austin, Texas. Not quite as exciting as a superhero, but with a pseudonym taken from a Mexican restaurant, he’s already got a fair amount of attention with his first LP, 2005’s Ola Podrida.

As a musical outlet, Ola Podrida is essentially a one-man concern, recorded in Wingo’s apartment, but you wouldn’t know that from listening to Belly of the Lion. Each of the sweetly ramshackle songs here sounds like there’s a full band behind it, adding depth to the skeletal framework of Wingo’s voice and guitar. Indeed, at one point in their past, Ola Podrida were a full band, supporting the likes of Fleet Foxes and Explosions In The Sky before becoming a solo project again, and the dynamics of a group flow throughout this album’s 40-odd minutues.

Perhaps the best example of this here is the album’s centrepiece, ‘Donkey’. At its heart is a percussive strum of guitar, over which Wingo’s keening vocal tells a nostalgic tale of small town life. As the track progresses, banjos, drums and eventually a choir of rousing vocals join in to take the track to an Arcade Fire-esque close.

The hazy, reflective quality of the lyrics on ‘Donkey’ continues throughout Belly Of The Lion, whether in the tale of summer’s past that is Your Summer’s Past, or the references to “notebooks that we found by the roadside” and “skinny dipping with girls” in Lakes Of Wine. In much the same way that Sufjan Stevens can take an obscure piece of local history and make it feel universal, Wingo can take a moment from his own past that is obviously deeply personal, and make it feel like something we’ve all been through. It’s an impressive, and at times affecting, talent. If you could imagine Stevens’ orchestral sweeps being replaced by a grungey sheen of feedback and a stoner vocal, you’d not be far off.

As mentioned already, Wingo’s other job is soundtracking film, something he’s done for directors David Gordon Green and Jared Hess. The day job seeps into Belly Of The Lion on a few occasions, mainly thanks to the sweeps of dreamy, ambient noise on which Wingo beds his tracks. Of course, this only fuels that hazy, nostalgic nature further.

In some hands, such incessant cloud gazing could become inconsequential, and it’s true to say that, initially, this album can drift by without really catching the attention. However, there are bursts of amped-up excitement, such as the fuzzed-up outro of 'Roomful Of Sparrows', which recalls ...Satellite Heart-era Flaming Lips.

These climactic moments help Belly Of The Lion to ultimately feel more consequential and less of a project for a moonlighting soundtracker. He’ll need some help to recreate it live, but on record David Wingo has shown that he can pull it off on his own.