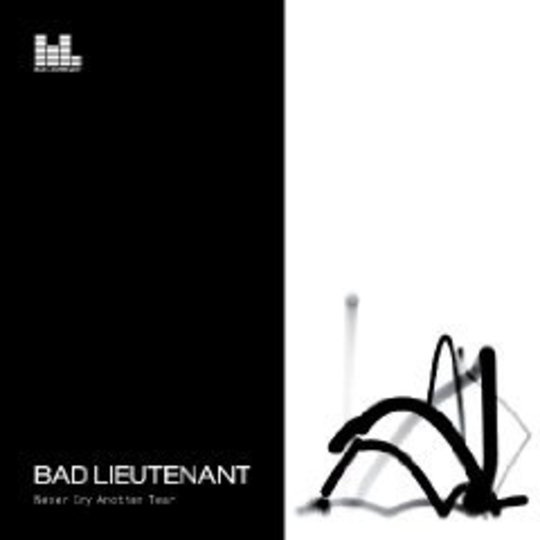 Warning: if you're the sort who thinks that judging bands on their own merits means avoiding reference to the previous work of their personnel then look away, because it is impossible to make any sort of appraisal of Bad Lieutenant without numerous references to New Order. The facts: Bad Lieutenant comprise three members of New Order's most recent line-up, namely Bernard Sumner, Stephen Morris (making several appearances on drums) and latter day additional axeman Phil Cunningham. They are joined by newcomer Jake Evans, with Alex James of Blur a guest. Soundwise they are pretty much a more guitar-heavy latter day New Order, with fewer electronic touches and, naturally, minus the distinctive lead bass stylings of Peter Hook. God knows that New Order's most recent demise seems to have been acrimonious enough (they even disputed whether New Order ceased to exist by virtue of Hook's leaving the group) without Sumner utilising Hook's biggest stylistic contribution to the band. While New Order still proves to be Bad Lieutenant's biggest influence, for the most part they wisely avoid the temptation to replicate Hook's bass playing.

That said the driving bassline of 'Twist of Fate' sounds incredibly similar to that of Waiting For the Siren's Call lead single 'Krafty' and then there's a brief snatch of what may in fact be guitar before the song's solo, but played very low in manner very much like a Hooky bass solo, but minus the chorus effects pedal. However, to say the song in itself is just a clone of 'Krafty' is to do a disservice to one of the stronger songs on Never Cry Another Tear. The manner in which the bass-driven urgency of the verses gives way to the crashing melancholic guitars and plaintive vocals of the chorus showcases Sumner's knack for finding a melodic majesty in the mundane. The pretty acoustic jangle of 'Running Out of Luck' is further evidence of Sumner's way with melody, although the crunching electric guitar which appears towards its end is a tad too heavy-handed for so wistful a tune.

The guitars crunch to best effect on the 'Rock the Shack'-esque chorus and instrumental sections of following track 'Dynamo', which is otherwise pinned down by a stuttering synth refrain and also throws a stylistic curveball in the form of a harmonica solo. It also features Bernard Sumner at his endearingly, though unintentionally, goofy best when he spits "Whatcha gonna do!?" down the microphone. The most pleasing song for New Order fans in undoubtedly 'These Changes', one of the few songs where the rhythm section really comes to the fore, with its busy programmed beats and punchy bass neatly complimented by the some white-funk guitars and disco synths. It's like an update of Technique, although the bleeping outro recalls the intro of 2001 single 'Crystal'.

It sounds like we're in familiar territory again with the 'Love Vigilantes'-esque melodica refrain of 'Shine Like the Sun', but unfortunately the song exhibits one of the album's biggest weaknesses: the foghorn lead vocals of Jake Evans. His Danny McNamara-esque pipes lend a workmanlike Britpop also-rans sluggishness to every song he sings on. We all know Bernard Sumner is no great lyricist, but his awkward vocals have a hard to place charm which allows him to get away with dull tripe like "I know what I'm doing is incredibly wrong, that the music has ended, but the beat just goes on". The same cannot be said of Evans. Worst of all is way he tries to bellow songs into the form of anthems; as dull as the jangle-pop of 'Summers Days On Holiday' is already, Evans makes it sound like an Ocean Colour Scene b-side as he stretches out the lines ""Shine on me, my love" over the whole chorus. He repeats the trick on 'This Is Home" again, blaring the track's title before Sumner chips in to provide some relief. The other great weakness is rather more fundamental: that the music is basically a bit dull. 'Runaway', along with the aforementioned 'Running Out of Luck', has a pretty melody, but fails to excite due to a lack of dynamic and sonic variation. Likewise the folk-flecked acoustic ballad 'Head Into Tomorrow' is lyrically platitudinous, musically hamfisted and again not helped by Jake Evans' busker-impersonating-Noel Gallagher vocals.

It probably speaks volumes about Never Cry Another Tear that its highlights are those moments that recall New Order most closely: Hooky-soundalike bass on 'Twist of Fate', the busy beats and synth of 'These Changes' or the melodic jangle of single 'Sink or Swim'. Unfortunately these familiar sounding highlight aren't enough to raise Bad Lieutenant above the level of any other New Order side-project and they in fact fall some way short of Sumner Electronic. Until Sumner can fashion something unique enough in its own right, anything he releases will fall under the unforgiving shadow of his former band. An intimidating bench mark indeed.