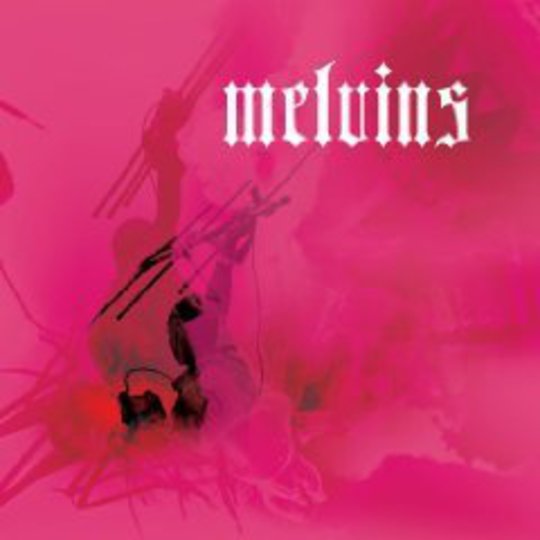 The Melvins have never looked likely to become actual rock stars, really, but they have associated with actual rock stars on a great many occasions in the last two decades. This has ensured a certain trickle-down element in their fanbase, consisting of curious dabblers that check them out based on the patronage of Nirvana, Tool, Mike Patton or Mastodon. Rather than leading them to think that this might provide them with an ‘in’ as regards commercial success, it seems to have increased their desire to aggravate and distress. Enraging an arena-sea of half-interested lunkheads has to beat a few hundred chinstrokers convincing themselves they ‘get’ your set of feedback scree, right?

They’ve applied it to their albums, too: Lysol, their early-Nineties drone doom baffler, might now be deemed a proto-Sunn 0))) klassik, but interim releases like Prick and Colossus Of Destiny are scorned by all but the staunchest fanboys. Which camp will Chicken Switch – a 15-track remix album where each participant has been given a whole album to work from, rather than a single track – end up in? Ultimately, I’m inclined to lean towards the latter. It’s basically a noise album, all told, and not many people, even in the Melvins fan camp, like noise albums. However, there are some sturdy examples of how to make unlistenable sadism exciting herein, along with some misfires.

Chicken Switch begins well, if with little effort to ease the listener in. Eye Yamatsuka of the Boredoms detonates aural bombs with an ADD-afflicted fervor for idea-shuffling, which might cause some to recall the earlier Boredoms records, while the 20 seconds or so of high-tone screech near the end may make you wonder if someone is trying to get you to come out of your house and give yourself up. If you spent more than, say, an hour acquainting yourself with the V/VM oeuvre, back when they mainly just digitally processed cheesy pop songs until they were sludgy noise tracks, the value of the joke was liable to wear thin at any moment. It’s quite refreshing to find James Kirby employing the same tactics on the Melvins, as they’re already ‘heavy’, but in a ‘clean’ kinda way.

Merzbow goes down a not wholly dissimilar route, a digi-doom rinseout with bonus – okay, superfluous – IDM beats that by the Japanese veteran’s normal standards isn’t too migraine-inducing. More surprisingly, Kawabata Makoto of Acid Mothers Temple does something highly unlike AMT, and more like guitar-funeral-pyre noise bands such as Hair Police or Sissy Spacek. It’s pretty ripping, actually. Matmos, who make arguably the most accessible music of any of the remixers (this is very relative, and will tell you something if you have heard any of their records) take their effort, ‘Linkshänder’, more seriously than some, placing a gloomy bass intro a minimal/dub techno context and letting it loop to a sturdy conclusion as all manner of gnarly gnoise gets assembled into a semi-rhythmic order.

Not everyone brings as much to the table, though. Pretty much the best thing you can say about Lee Ranaldo’s ‘Eggnog Trilogy’ - a three-part composition based on parts from the Melvins mini-album of that name - is that it will serve as relief for the band’s rock-centric fanbase. However, the fact that he’s done little more than edit some of his favourite parts of the record into a four-and-a-half minute mix suggests that the Sonic Youth guitarist doesn’t really have much of an idea how to approach a remix. In other ‘saving grace that possibly isn’t’ news, Panacea – German fella who normally makes Guinness-dark jungle or thumping hardcore techno – contributes ‘Queen (Electroclash Remix)’, which actually is electroclash, albeit of the glitchier and more industrial variety, and despite not being very good reveals the alarming truth that Buzz’s vocals can sound a little bit EBM at times. And Viennese art installation sorts Famersmanual proffer more of their purposefully anti-music laptop glitchnoise that doesn’t do much sonically interesting, or even noisy enough to be ‘challenging’.

It will inevitably be levelled at the Melvins that this release is another example of them taking the piss. This isn’t fair: there might be a fair few windup merchants among Chicken Switch’s alumni, but almost all of them have a genuine standing in the noise/avant-garde spectrum. For all that, though, there are a lot of efforts on here that it’s hard to see anyone listening to more than a couple of times through.