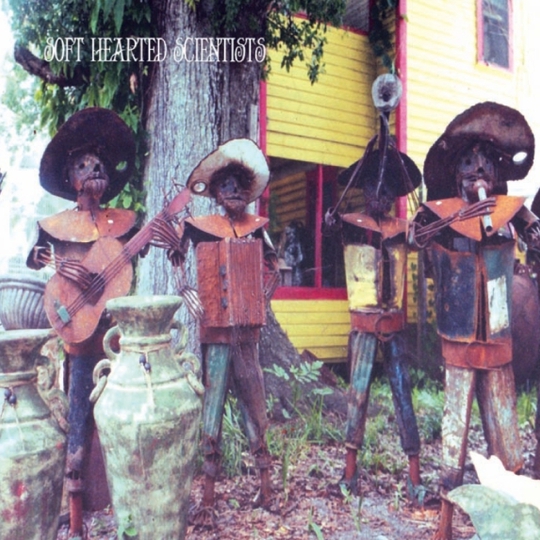 It's an interesting proposition, this. The third full-length from Soft Hearted Scientists isn't an album proper – instead, it's a collection of 16 demos. Is it a novel approach to the Welsh band's intricate sound, or a cynical stop-gap release?

The signs are good upon hearing the first strains of opener 'The Strangest Scene', which fades in with a simple rhythm that's most reminiscent of classic Lemon Jelly. By second song 'Effervesce', the mood is well and truly established – and it sounds like going for a picnic in the countryside on a sunny day. You pick up your hamper, climb onto a train at a busy mainline station, and watch urban life retreat as you escape to somewhere like the Gower Peninsula or the Lake District. It's langorous, relaxed, unhurried – and utterly absorbing.

Indeed, the fact that the songs are all demos only adds to this effect: by stripping down their sound and making it far less layered than previous efforts – almost under-produced, at some points – there's an air of intimacy which permeates the whole album. It's almost like Soft Hearted Scientists are trying to hark back to some imagined simpler time: for example, songs like 'Totem Pole Blues' and 'Scarecrow Smile' itself are infused with echoes of old English folk, and the vocal harmonies interweave and complement each other in such a way as to ease you into a peaceful dreamworld.

That's not to say that this album is all about fantasy, though – the lyrics often snap you back to reality with a pithy turn of phrase, often pricking the fragile structures of modern life – although the refrain “Things slip away on an average day/So promise you will never die” in 'The Impossible' does carry unfortunate echoes of a particularly memorable line in Team America: World Police.

In fact, it's around this point that things start getting a little uncomfortable. 'GardenSong', 'The Impossible' and 'Return of the Black Dahlia' form a spooky, melancholy little triptych within the wider piece which at first seems incongruous – like opening your picnic hamper to find an infestation of ants. That's not to say they're bad: far from it. Actually, by turning the mood on its head, Soft Hearted Scientists add an element of the wilderness into the overall mood. Yes, the outside world is beautiful, but it's still dangerous: you can die on the mountainside,after all. Even so, it's still a real shame when the final notes of Sixties-esque psychedelic lullaby 'Manta Ray on Main Street' die down, the dream ends and you're thrust back into the daily grind.

Ultimately, for what is essentially a collection of demos, this is an incredibly cohesive album – it's almost like a symphony at points. The roughness of the demos, which at some points is obvious and at others almost imperceptible, only adds to the intimacy and immediacy of the songs: this is an album that will transport you from wherever you are to to a place where the wind blows in your face, where the air smells fresh and where you can breathe easily. It's a little bit of sanctuary in a relentless world, and that is undoubtedly a good thing.