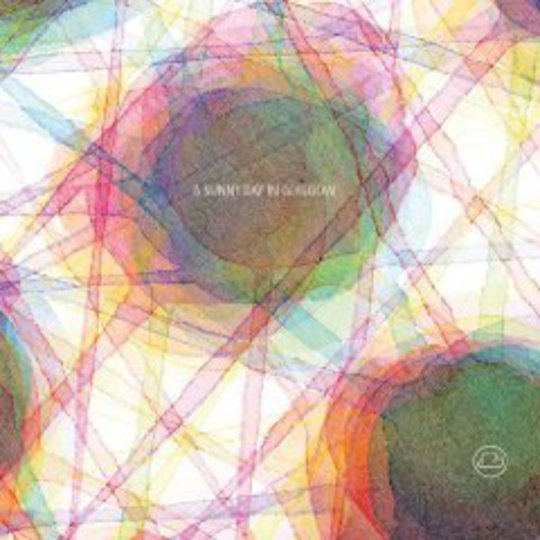 'Surreal' is one of those adjectives that is bandied about much too carelessly. Tossing a word around this nonchalantly does its meaning a great disservice. Synonym sibling 'fantastic' has had its implications similarly skewed as narrow overuse of both has resulted in their being associated with all things positive and good. So we turn to Messrs. Merriam and Webster in search of clarity and they tell us:

Surreal: "marked by the intense irrational reality of a dream" Fantastic: "based on fantasy: not real"

That sounds about right. There is no better way to describe A Sunny Day in Glasgow's Ashes Grammar, in fact. Its songs suspend themselves in mid-air and possess a persistent eerie other-worldliness that is intense enough to raise a doubt in your mind as to whether they exist at all.

The first three tracks canonically layer themselves over each other in successive ripples; the minuscule 'Magna for Annie, Josh and Robin' laying itself down as a metallic carpet for the elegantly enrobed 'Secrets at the Prom'. Sibling vocalists Robin and Lauren Daniels' voices twist and braid themselves into each other, and this harmonic bundle then bumps into the looming figure of 'Slaughter Killing Carnage.' Suddenly aware of its egregious error, 'Secrets...' nervously regains its composure by backing away slowly and giving this longer, stronger, more ominous track the right of way.

'Failure' is the first clearly defined track. Significantly (and surprisingly, given its name) jauntier than its more languid predecessors, this cheery, jangly little melody has been carefully crafted so as to get the most out of the vocal/instrumental dynamics. Thoughtfully peppered percussion through the track acts like a series of semicolons more so than a constant underline.

Brother/founder Ben Daniels has admitted in interview that, barring the likes of the Cocteau Twins, Stereolab and the Magnetic Fields, he finds the majority of shoegaze era bands 'horrible.' I am saddened by such a harsh choice of words. I am also a little befuddled because does the blissful 'Close Chorus' not bear an uncannily apparent resemblance to these very bands? As it majestically crashes free of its ‘Curse Words’ cocoon, flirtatious distortion tickles the sisters' brilliantly blended voices, indecipherable lyrics meshed with warbling coos. 'Horrible'? Not really.

'Shy' is the album's acme of surrealism - so genuinely dreamlike and ethereal, as to be nearly twilit. All thanks to the broken, disembodied, poorly enunciated sigh that is its centrepiece. Meanwhile, 'Evil, with Evil, Against Evil' is unsettlingly chirpy as optimistic handclaps interrupt a predominantly spooky undercurrent. Appropriately titled 'Nitetime Rainbows' is a gracefully faltering narcoleptic which drifts in and out of the perpetually hazy realm of reality. On an album of insecure track durations, I am glad that this one got to be among the longest.

The watery 'Starting at a Disadvantage' builds a marionette out of what appears to be a mandolin by making it dance over a pulsating rhythm. Finally 'Life's Great' lowers you smoothly into the sparkling 'Headphone Space' which bubbles away happily till it ultimately morphs into a slinky and slithers away into silence.

Then you have ‘schizophrenic.’ It’s not a song on the album, it’s a word. Frequently misconstrued as synonymous with completely unrelated mental illness Dissociative Identity Disorder (erstwhile Multiple Personality Disorder), schizophrenia is in fact characterised by a disturbance in an individual’s perception of reality. The brain of a person so unfortunately afflicted finds it difficult to tell apart what is real and what is not. ... see what I’m getting at? Schizophrenic, surreal and fantastic – that’s Ashes Grammar.