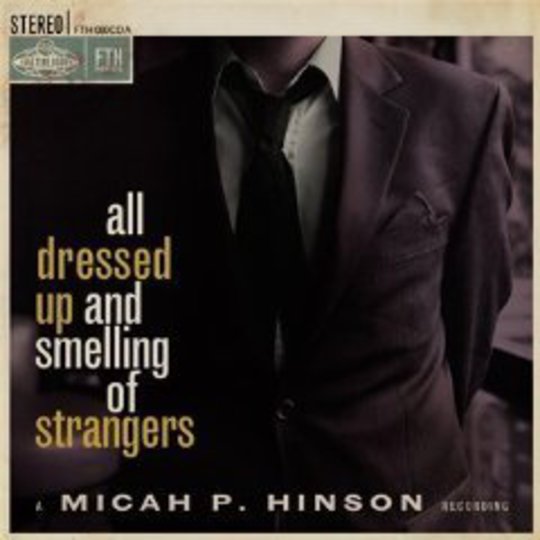 In 2007 Aretha Franklin flipped convention by releasing an album of unreleased material, rarities, covers, seldom heard scraps and studio chat speckled sketches, the richness and quality of which allowed it to stand proudly against any of her best material. In this writer's opinion it did for the often tired repackaged rarities record what Buzzcocks did for the best-of compilation on Singles Going Steady.

The album's jaw smacking masterpiece is her rendition of 'My Way', a cut that deserves to go on the all time great covers lists, Paul Anka’s bloated and sickly self-regarding lyrical delusion smacking of fear and regret rather than defiant rage against the dying, fading light. As the Guardian's Richard Williams said in his review of the record, it is a song that ‘set the tone for the descent of western civilisation into a hell of shameless greed and self-regard… but Aretha performs a near-miraculous rehabilitation, cleansing its soul by taking it to church…making something rivetingly authentic of its tawdry melodrama’. This is probably the ultimate goal for a cover version, to rub away at something tired and grey until it shines with new life. If this rare occurrence is the ideal, then sometimes you can just put a mirror to the beauty and create something that doesn’t quite have the transcendental magic to breathe life through a battered corpse or the ability to usurp the original as the de-facto version, yet still be left with something of great value. Jeff Buckley’s sparse covers of ‘Just Like a Woman’ and ‘Sweet Thing’ on his Live at Sin-e album illustrates this well, and it is these moments that Micah P Hinson's new covers set All Dressed Up and Smelling of Strangers is mostly comprised of, never reaching the heights of Aretha’s ‘My Way’, but at its best still containing moments that Hinson makes completely his own.

All Dressed Up and Smelling of Strangers is loosely cut into two halves, with the plan to release them as two separate records. The first volume is clad in light instrumentation with only soft acoustic guitar to accompany Hinson and his rumbling funereal quiver, a voice that could instantly imbue the happiest ending with a nagging air of wistful melancholy. The second volume can broadly be seen as the louder, more electric half, although included within this second group of songs is a sparse, doomed version of ‘Are You Lonesome Tonight’. In comparison, the Elvis take comes across as a bruising but not fatal tale of bubblegum romance, a simple account of young heartbreak and sitting by the a window pockmarked by rain wondering if the first love of your life feels the same pain that you do. But wrapped up in Hinson’s vocals, you can’t help but see the relationship of the tale as still intact, the sound of a couple's slow dance towards the end, looking into each others' eyes and yearning for the lovers that they once were, their continued proximity the cause for their incessant loneliness and the longing for a feeling a touch and a look years removed. It is the highlight of the album and the strongest example of Hinson taking a song and putting his own inimitable mark on it.

‘Runnin’ Scared’ is afforded the same treatment, ostensibly a tale about a woman choosing her current lover over a former flame, the story builds to a nervy drumbeat until the tension breaks and the woman makes her choice. ‘Then all at once he was standing there, so sure of himself, his head in the air, my heart was breaking, which one would it be, you turned around and walked away with me’. However, in Hinson’s hands you can’t help but think that the final shot of the scene would have been one last longing look from the woman over the shoulder of the lover she chose, to the one that she spurned.

‘Sleepwalk’ takes the forlorn waltz of the Santos and Johnny version and stretches it out until it’s an epic of cinematic proportions. Equally brilliant moments come with the scratchy resignation of ‘Stop the World’ and the dream-like spin of ‘While my Guitar Gently Weeps’ that builds to a static drenched finale. There are moments that don’t quite hit, such as the comparatively weak versions of ‘Suzanne’ and ‘The Times They Are A-Changin' - fairly faithful interpretations that lack an equally distinctive mark of Hinson’s hand; to get back to Aretha, there's also a dreary version of ‘My Way’ that does little to paper over the mawkish crassness of the original. However it’s one low point over a collection that include many highs on which Hinson again proves his worth as a storyteller, even with someone else’s words in his hands.