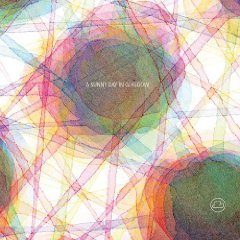 Ashes Grammar's songs suspend themselves in mid-air and possess a persistent eerie other-worldliness, intense enough to raise a doubt in your mind as to whether they exist at all.»

opening with a ten second homage to estonian composer arvo part, its immediately apparent that a sunny day in glasgows new album, 'ashes grammar', is going to be a much more visceral outing than their 2007 album debut, 'scribble mural comic journal'. it takes a few minutes for the record to even begin to reveal itself, as a swarm of 1950s acapella ('secrets at the prom') gives way to resonant drones, room noise, and sub bass ('slaughter killing carnage'). it's here that failure unexpectedly kicks in with a tribal stomp and a fluttering guitar acting as a pair of wings, lifting the circular chants of the songs melody off the ground. in many ways this is a different group than the one we first heard back in 2007, but with ben continuing his role as the principal songwriter, theres no doubt this 'ashes grammar' could be from any other band than a sunny day in glasgow. and once again, dream pop has been re-imagined.
description from www.roughtrade.com