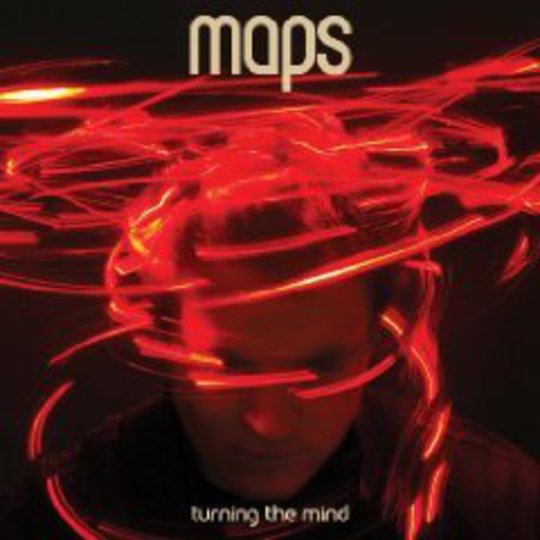 Unfortunately for James Chapman, the gentleman behinds Northampton’s Maps, the best electronic singer-songwriter album of the year - nay one of the best of the decade - has already been released and it is Bromst by Dan Deacon. Even more unfortunately, Turning The Mind is can’t even approach Mr Deacon in terms of musical innovation, nor - crucially - in terms of memorable songs.

Have you ever wondered what Grant Nichols from Feeder singing over a mediocre electronic backing track would sound like? Of course you haven’t, and that’s probably for the best, given how uninspiring the vast majority of this album is. Flashes of inspiration show up from time to time – the 8-bit bleeps in ‘Valium In The Shower’ or the moment when ‘Papercuts’ finally breaks into a pretty thrilling beat. But these scraps of interest are generally lost in a sea of overlong, dull songs with little sense of coherency.

The latter is a problem that really dogs the album. The ethereal majesty of M83 is a constant reference point, as is the New Order/Italo-esque house of Cut Copy (lead single ‘Let Go Of The Fear’ is essentially a poor man's Cut Copy song), but the downtempo synthpop of early Magnetic Fields also appears to be the inspiration for a few tracks. Sadly, so is commercial dance, as the abomination and flat-out worst song on the album ‘Love Will Come’ proves. It’s lazy, feels completely out of place, and would slot onto prime time Radio 1 no problem. However, it has a bit of competition in the shit stakes, as current single ‘I Dream of Crystal’ has such an appallingly saccharine new-age melody that you can almost imagine ubiquitous musical hate-figure Chris de Burgh wailing all over it.

It is not, however, a total catastrophe. For the first six minutes, Turning The Mind is rather promising. The opener, and title track, starts in a dreamy haze before building up slowly, before gently pulsing along for the rest of its run time like The Field with vocals. It’s one of the few tracks that doesn’t overstay its welcome, and is really a very pleasant way to start the album. After that, you sit through eight tracks that veer between unremarkable and actively bad, before a surprisingly good triumvirate bizarrely all found at the end of the album. ‘Chameleon’ is essentially a more subdued version of The Magnetic Fields’ ‘Take Ecstasy With Me’; ‘Without You’ is a tastefully melodic finale and ‘Die Happy, Die Smiling’ is the closest thing to a brilliant hook, even if it loses points for including the line “It hurts my soul to know you’re crying”.

Beyond that, though, the album is something of a inchoate and unenthusiastic sounding mess. His debut album may have been nominated for the Mercury Music Prize, back in 2007, but I’d be stunned if Turning The Mind appears on next year’s shortlist. It’s a shame, because there were some genuinely good ideas on We Can Create, but Chapman seems to have no real sense of direction for this album, and thus the end result is wholly unfulfilling.