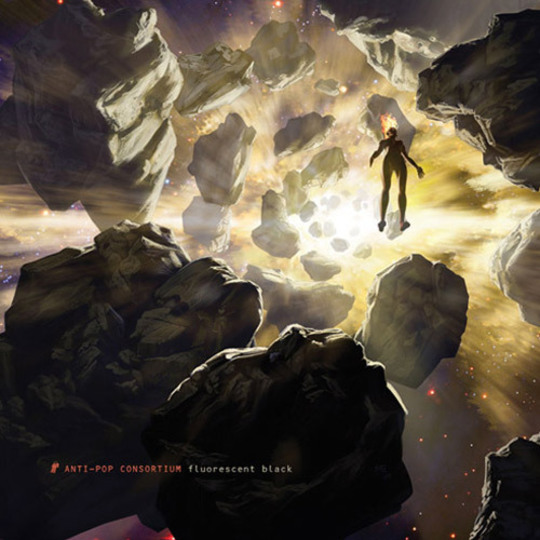 Several years after Anti-Pop Consortium imploded following their blistering Arrhythmia long-player, hip-hop finds itself in as varied a state as it’s ever been. On one side of the spectrum you’ve got the chart-hogging, unchallenging pop fodder that’s been doing the rounds in more or less the same state since the turn of the millennium – and at the opposite end there are, as ever, a host of independent artists twisting their concepts of the genre into new and exciting shapes. Of particular note are LA’s collectives, loosely grouped around Flying Lotus, Samiyam et al, who have taken the low-slung template J Dilla left as his legacy and infused it into a potent cocktail of dubstep, urban sleaze and skunk smoke. Purely in terms of sound, the re-emergence of Beans, M. Sayyid, High Priest and Earl Blaize into the environment of now couldn’t be more appropriately timed.

Anti-Pop’s beats were never conceived as a mere conduit for vocal play - the attention paid to musical detail across their earlier albums and indeed on their comeback, Fluorescent Black, places them firmly alongside their younger contemporaries in ambition, if not entirely in aesthetic. A blaze of guitar distortion hammers home the start of opener ‘Lay Me Down’ with all the subtlety and finesse of a chainsaw; as opening gambits go it’s an appropriate one. However tenuous the split, at the arrival of a ‘comeback’ album there’s always that question hanging uneasily at the back of the mind: is it really going to be any good? Such a concern is firmly dispelled by the time the smoke clears and High Priest’s swaggering entrance reintroduces the group as they “awaken from that permanent nap”.

After the muscular, hulking opener, ‘New Jack Exterminator’ revives Beans’ complex beat programming with an asymmetric structure that pans hard, left to right, in staggered infinity loops. First single ‘Volcano’ is awesome, a killer chorus harmony dropping into scathing social commentary powered by a grunting low-end. Arriving just before the abstract drum hits and dry, primitive melodics of ‘Timpani’ it stands out as the most immediately gratifying thing on Fluorescent Black. For the record's majority, APC rarely sound like anyone else, even as the electronic revolutions of recent years have doubtless had their impact – the wracked, hyperactive bleeps and grimey bass of ‘C Thru U’ belie a strong London influence, and ‘Reflections’ is dragged along by the kind of slow, ascending arpeggios that pepper Skream’s early tunes.

The quartet’s performance at the second ATP vs. the Fans weekend in May was a crowd divider. It was a strangely considered, heavy and brooding set – rather than the performance of a band with something to prove, it was the performance of a band with something to say. It’s unsurprising then that Fluorescent Black finds Anti-Pop’s emcees on particularly thoughtful and critical form. A peculiarly modern morality tale, ‘Shine’ profiles a hype-victim artist, murdered by the very Russian oligarchs who invested in his work after he “really DJ’d em - ill/Some might say he K-slayed ‘em”. Not so preoccupied with direct progression as with the distillation and refinement of their already well-realised manifesto, the trio sound rejuvenated and, if anything, even more vital for their years spent in the solo project wilderness.

What really impresses though is how complete all of this sounds: aside from the typically cocky lyrical references, there’s nary a hint that they’ve not been working together for the last few years. The chemistry between all three MCs is stronger than ever, and the beats on here act as a reminder of how to do leftfield hip-hop in the right way. It may well be their best yet – it’s barely been off my stereo in the two weeks since it arrived through the door. Fluorescent Black finds Anti-Pop Consortium standing up to recent work by the old guard and young pretenders alike, giving a firm middle finger and a knowing grin.