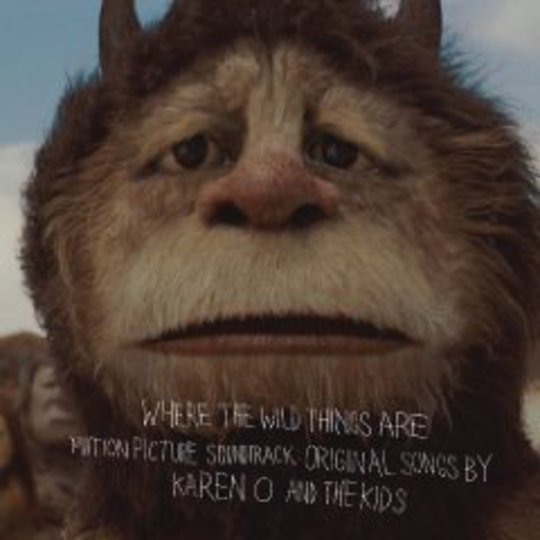 For such an extrovert performer, Karen O has always taken surprising pains to hide her songwriting light under a bushel. With the Yeah Yeah Yeahs hardly the world's most prolific bunch, it came as something of a shock when – in 2006 - the KO at Home demo album accidentally came to light. A set of (often lovely) acoustic songs never meant to be heard by the world at large, it was unearthed and leaked only when dopey Dave Sitek misplaced a CD-R copy.

Quite why O has adopted so low-key an approach is unclear – though she’s spoken earnestly about considering herself an artist, not a careerist, that’s what all musicians say, plus, y’know, there’s that whole thing about her having a gold-selling rock band as the day job. It’s entirely likely that the lady has cut a bunch more records, slumbering in dusty NYC lofts until such day as another harried uber-producer screws up. Whatever the case, it seems to have taken a fairly singular alignment of the runes to persuade her to officially release a record under her own name: these aren’t old songs, but new ones tailored for the soundtrack to old flame Spike Jonze’s much-anticipated fantasy odyssey Where the Wild Things Are.

It's ironic that she's dubbed her freewheeling backing band ‘the Kids’, seeing as how she’s assembled as prodigious a team of noughties indie veterans as you’re could ask for. Zinner and Chase are on there somewhere, along with Aaron from Liars, the other two from the Dead Weather/Raconteurs, plus delegates from the Bird and the Bee, Services, Gris Gris, Afternoons, New Folk Implosion and – inevitably – Bradford Cox. Nonetheless, you’d barely guess any of this from these twinkly acoustic dreamscapes; her compadres filter into the background like floaty scenery, pretty and distant as rosy, faraway clouds, the neon archness of the YYYs left far below on the ground.

No, ‘the Kids’ is more a statement of naive intent – this is a record as much comprised of winsome doodles as fully forged songs – and also a nod to the most visible musical guests, a children’s choir. They only crop up on a few tracks, most notably the ebullient rattle of single ‘All Is Love’ (which later reappears in extended form as ‘Building All Is Love’), but they’re a totemic presence. The little uns' rough, untutored vocals are waaaaaaaaaaaaaaaaaay more charming than you’d expect, and indeed in harmony sound remarkably similar to O’s cheerily cracked tones (though it’s kind of a case of the two meeting halfway). It’s impossible to tell whether it’s her or a sprog who hollers “one two ready go!” at ‘All Is Love’s commencement, but the blend of their voices is truly seamless, a prismic dazzle of unvarnished optimism. With the children to back her up and bulk her out, O can permit herself her frailest, most open tones – ‘All Is Love’ is a song that revels in purity without recourse to smugness; it feels a little like a campfire singalong cousin to Radiohead’s unjaded oddity ‘True Love Waits’.

The other obvious comparison is Arcade Fire. Though O’s soundtrack arrives early enough for these songs to remain un- contextualised by the film itself, it’s unlikely you’ll have missed the presence of the Montrealers’ ‘Wake Up’ on trailers. It’s abundantly clear that O was aiming for a similar magical realist ambience to Funeral, albeit on a smaller, gentler scale. Certainly the buffed up ‘Building All Is Love’, chanted swirl to the skies of ‘Rumpus’ and pulsing cheerio of ‘Sailing Home’ would have Win Butler at least pondering how things got so murky on Neon Bible.

This being an OST, don’t expect 14 fully fledged pop songs. Though the rueful piano lope of ‘Worried Shoes’ may birth the album another single, for the most part these aren’t verse-chorus-verse jobbies but jewelled fragments of feeling, hanging warm and bright in the air. O’s vocal is little more than a homely hum on the likes of ‘Igloo’ and ‘Food is Still Hot’, but it works perfectly, a feeling of warm safety and drowsy mystery. Throw in the overdriven ‘Animal’ and clangourous YYY guitar of ‘Capsize’ (presumably Zinner’s contribution) to sour things up just a dab and you’re left with a coherent, perfectly evocative moodpiece, one rich with the magic of childhoods both imagined and real.

If it is indubitably more soundtrack album than bigshot solo debut, this record certainly provides irrefutable, definitive, official proof of O’s talents as a songwriter in her own right. Perhaps the best you can say of it is that the most anticipated film of the year now has a LOT to live up to.