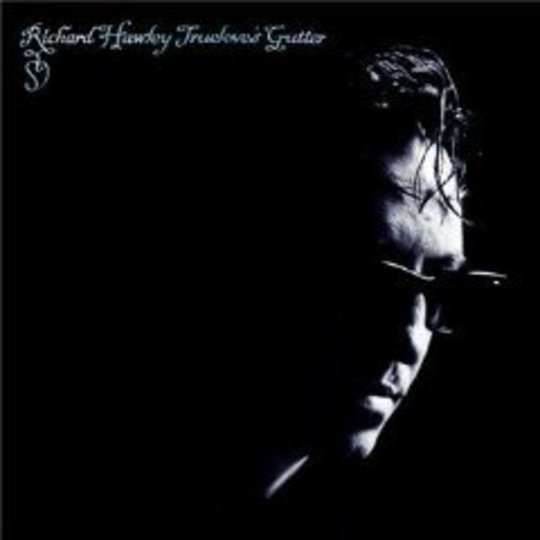 Everyone is prone to those days when they wake up and things just seem wrong with the world. We feel sad and can’t really understand why. And when those days strike, it sometimes seems the best way to get through them is to maximise the feeling. On these days, we bundle under the duvet, eat comfort food, watch the saddest films we can find, and listen to the records that reflect our mood.

We’ve never really expected anything particularly cheerful from Richard Hawley, but with sixth album Truelove’s Gutter, he lends his uniquely melancholic voice to a uniquely melancholic album, even by his standards. It is an album made for sad days. Even the opener, 'As The Dawn Breaks', with its singing birds and lyrics about singing birds, is heavy-hearted in a subtle way that sets the stage for the plague of morose that defines the record. This deeply personal album is also highly relatable, not just for those who have had their hearts broken, but those who have felt defeated by their efforts.

For as mournful as Hawley sounds, there is a certain detachment to how he relates his tales. There is no self-pity amidst the inherent sadness, and the sense of loss he shares could easily be happening to someone else, especially the listener.

The entire album builds up to the crescendo in 'Soldier On', a dramatic swell of noise that has Hawley pushing every inch of force in his lungs into an emotional but steady declaration of self possession. It’s a moment of standing stone-faced, staring at the one who has hurt you and saying, 'no, really, I’ll be fine.' Lyrically, it may have fit better if it succeeded the next track, 'For Your Lover Give Some Time', which speaks more to the dysfunction of a relationship than one that has ended. But as is, '...Lover' serves as a comedown from the intensity of 'Soldier On', and a more appropriate segue to epic album closer 'Don’t You Cry', which rolls from discordant washes to the acoustic strumming familiar to Hawley fans.

In addition to Hawley’s guitar, he has also tapped a few unconventional instruments to add to the woeful air of the album. Though at times the contributions are buried so deep in the mix that they are barely audible, the use of waterphone and cristal baschet - which produce ambient, atonal sounds - creates a far more organic experience than mere production tricks could, and adds further to the sparse and isolated feel of Truelove’s Gutter. That some some of the sounds are difficult to identify, magnified by their hollow, opposing tones, creates the sensation of an empty space with a cold wind blowing through you.

Truelove’s Gutter isn’t all blackness, but even at its few hopeful moments there are those tinges of pessimism and cynicism that prevent it from ever being rose coloured. As a whole it's a musically and lyrically a beautiful reflection on the less than smooth course life can take. But it is not recommended listening if you’re going through a rough break-up or are feeling generally sad, unless weeping yourself senseless is your aim.