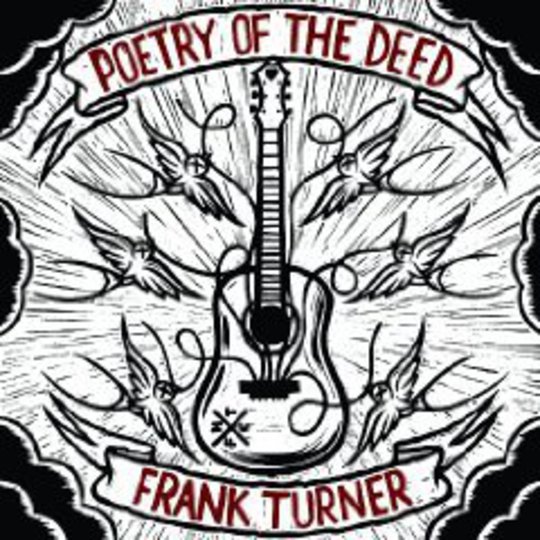 “We can never sell out because we never bought in” yells Frank Turner on his latest album's opening track. There is sincerity in his voice, but it's difficult to avoid thinking that this particular lyric says more than he might have anticipated.

For one thing, this is an explicit acknowledgement that he is no longer the radical that fronted Million Dead. Seriously, it's hard to believe it's the same singer – no matter how much Turner protested otherwise in interviews at the time, no one writes songs like 'Charlie And The Propaganda Myth Machine' without buying into anti-capitalism in some way. Perhaps less obviously, on said opener 'Live Fast Die Old' there is a feeling that Turner is making peace with his fans, and himself, for a (fairly or unfairly) perceived shift in ideals. Clearly, he is in a difficult position, trying to make money in order to continue doing what he loves, in the face of powerful preconceptions about the band he used to be in.

What's clear listening to this album though, is that Turner has in no way adjusted his musical parameters as a solo artist – Poetry Of The Deed is no more or less radio-friendly than either of its predecessors. However, this rigidity is the problem. Long time fans will have no problem drawing parallels between this new material and older tracks. Content-wise, 'Try This At Home' equates to Sleep Is For The Week's 'Back In The Day', 'The Road' is a rocked-up cousin of 'Vital Signs', 'Sons Of Liberty' is the token political track, 'Faithful Son' is a maternal 'Father's Day'. Even 'Journey Of The Magi' seems to have been named arbitrarily – another T. S. Eliot-referencing title to follow on from Love, Ire & Song's 'I Knew Prufrock Before He Got Famous'.

At best, the new tracks are instantly familiar; 'The Road' and the title song have unforgettably insistent choruses – two of his best. Overall though, this is almost FT-by-numbers. The songs are more refined than ever, the production is polished, and as a complete work, the album flows effortlessly. All of the ideas that Turner fleshes out are fully realised – but there is little real imagination in them.

Poetry Of The Deed only really excels with its two closing tracks. Both pieces flirt with escapism, but remain satisfyingly modest. The frantically strummed octaves on 'Our Lady Of The Campfires' are thrilling, like some kind of super-intense rendition of the theme from Pulp Fiction. The aforementioned 'Journey Of The Magi' follows, with a hypnotic strain in Turner's voice, as he shamelessly tears narratives from Homer's Odyssey and the Old Testament to bring the album to a subdued, but confusingly uplifting close.

It shouldn't be understated then, that in some ways Poetry Of The Deed is a departure from Turner's early work. He borrows much more liberally from his country influences, most notably with the addition of a piano to his ever-growing ensemble (this generally adds little, but at times plonks along quite annoyingly). As a consequence however, Turner's music tends to verge on frustrating inoffensiveness. Lyrically this is particularly true. While the gaffes have often seemed abundant on previous efforts, there was nonetheless a quirk and a charm in FT's musings that gave his music a real personality – his personality. Often, this feels like it has been lost. On 'Richard Divine', which takes a self-harming teenager as it's topic, the lyrical content comes tantalisingly close to controversial, but the vaudevillian rhythms in the music simply trivialise the subject matter. Similarly, 'Sons Of Liberty' falls short of intelligent political commentary and descends into over-stated Daily Mail fodder.

As an album, Poetry Of The Deed is a listenable, more than competent collection. The difficulty lies in it's lack of character. There's no shaking the feeling that any reasonable songwriter with an irrational desire to sound exactly like Frank Turner could have written this record, saving the real FT the effort. It's by no means a shame that the real FT did make the effort; it's just that with a back catalogue so scattered with brilliance, it comes as a disappointment that Turner hasn't yet worked out what makes him the phenomenal songwriter that he so often is.