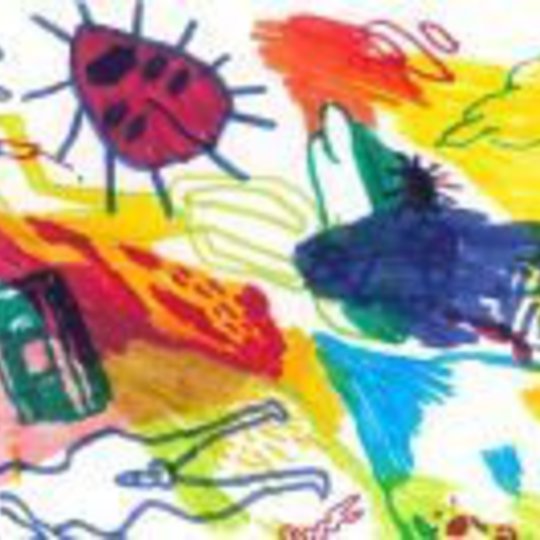 As the 21st century embodiment of punk rock throws up another tired old Green Day record, John Lydon reforms PiL with Morcheeba's bass player and the goddamn awful Metro Station y'know, exist, it's always useful to know that in the true DIY spirit of the genre's first wave, there are still some acts out there who are sticking to the age-old ethic of keeping it real. One of those are capital-based - when they're not touring, which seems to their permanent state of temporary residence - trio PENS, and on their debut long player Hey Friend What You Doing? they not only rekindle the spirit of exuberant teenage angst and energetic lo-fi, but also manage to fuse together a succession of noise-infused statements that sound so out of kilter yet untimely relevant with today's penchant for all things excessively polished.

Of course there'll always be those who'll say they've heard this kind of thing a million times before, probably done better, and ultimately in its most original state, but these people are the ones missing the point. In this age of the download and general fascination with all things online, surely it must be applauded that three teenagers have actually chosen to get off their backsides and be creative rather than complain about all around that isn't? Who cares about musical proficiency? Certainly forefathers and spiritual brethren such as The Clash and The Slits didn't know their way around a fretboard when writing some of their most memorable compositions.

What we get on Hey Friend What You Doing? are 14 pieces that clock in at less than half an hour total, yet still revitalise the notion that all was not lost when the corporates started buying up and investing in independent record labels after punk's demise. Taking divine inspiration from the likes of Unwound and Nation Of Ulysses via the less-than-subtle mantle of say Huggy Bear or Bikini Kill, only stripped down for maximum post-millennium impact.

Opener 'Horsies' is all scream/thrash/scream polemics of the highest order, 'Hate Your Calendar' could be the most visceral anti-love song ever written, while 'Cry Baby' and 'Freddy' sound like recent tour buddies Wavves played at twice the speed. Elsewhere, 'High In The Cinema' shows off PENS alter-ego as pop savvy tunesmiths, while 'Fuckufuckinfuck' comes on all Times New Viking for the coffee-in-the-common-room generation.

Hey Friend... may be a touch one-dimensional, but the fact that nothing on here touches the three-minute threshold will ensure boredom never becomes an option. A riot, literally.