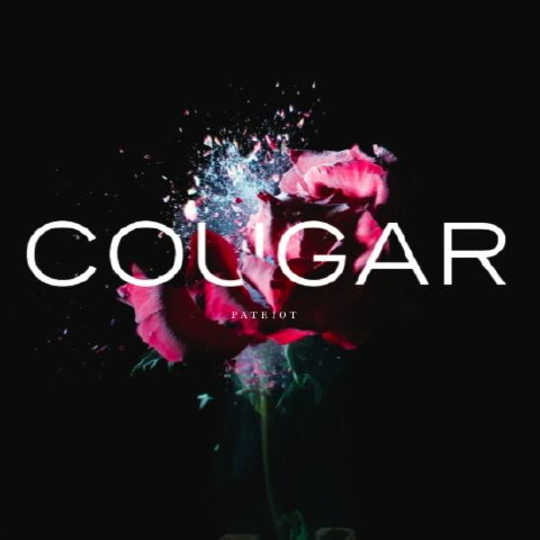 Does the grey area between (guitar-led, crescendo-prone) post-rock and instrumental electronica actually have a name we can agree on… or is this what Simon Reynolds had in mind when he coined post-rock, in the mid-Nineties? You know, before it became synonymous with instrumental versions of mainstream rock strategies for 'going epic' on the set-closer, spliced with tasteful distillations of metal? Cougar are one of several such fusionaries (see also Errors, Three Trapped Tigers) who could have come from either direction, or all at once… hence their namechecking of Four Tet, Fugazi, and Nick Drake (debatable, but you take the point).

The sharp-eyed might have spotted that Cougar (based in Madison, Wisconsin) have namechecked bands previously mentioned by mid-period Mogwai, which makes it unsurprising that the song-by-song (and segment-by-segment) composition has a similar logic to Mr Beast (i.e. the culmination of the Gwai’s attempt to broaden their palette, ever since CODY, and before they went back to basics). Glitches and microbeats, and electric pianos (with decay turned high), alternate with straight-up rock instrumentation… and then with precisely picked acoustic guitar breaks – sometimes in the same song; sometimes, song-to-song. Surprise seems to be more on Cougar’s agenda than the high drama (or emotional button-pushing) of Mogwai, but they strike a better balance between the two than, say, Tortoise (who Cougar supported on their last tour).

At its most rock, or (in Cougar’s terms) its most Fugazi, this is – thankfully – funk-free, merely ornamented with chiming harmonics after salvos of heavy guitar (as Fugazi are wont to). In particular, ‘Stay Famous’ recalls lost post-rockers The Rock of Travolta, as does the painfully-named ‘Thundersnow’, with its barbed-wire tangle of heavy, distorted riffing. Think also: Meanwhile Back in Communist Russia. At the more subdued end of Cougar’s moodswing it’s – No, not quite Tortoise – more like (minor) post-rock projects Pullman, or State River Widening.

Overall, Cougar seem to be ransacking the last two decades for indie-friendly ideas about how to hybridize genres: there’s some pretty three-voice choral singing on ‘Rhinelander’, with dashes of flanged Steve Howe-style guitar (Electrelane if they were into Yes…?). The musical-box emulating effects on ‘Pelourinho’ suggest that Cougar have been listening to Bjork’s Vespertine, while ‘Heavy into Jeff’ foregrounds the fat synth tones of Add N to X. Actually, ‘Daunte v. Armada’ gets even closer to prime Yes: you can hear the twiddliness of Howe and Wakeman in the guitars and organ respectively.

Like Three Trapped Tigers on their excellent EP, Cougar don’t seem to have re-invented the wheel, but they’ve bolted on more wheels than most. Just as indie-rock since the 1990s has been criticized for an ever increasing tendency to become 'record-collector music', post-rock has its own equivalent tendency. Still, it’s preferable to re-treading a simple formula (Mono, Armada) with diminishing returns. Cougar are frenetic in their output of ideas, even when they don’t sound ferocious – all of which is a good start for finding out who they actually are.