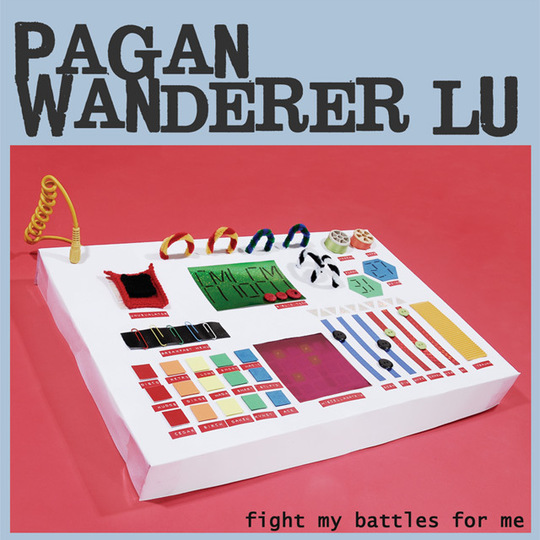 Anxiety and introspection are very British qualities, aren't they? Even more so when put into song. Pagan Wanderer Lu - aka Andy Regan - certainly embodies both.

One man, plenty of keyboards and a partly spoken and partly sung monologues and tales, it's the words not the music where most of PWL's appeal lies. That’s not to say the tunes lack merit, quite the opposite. But within approximately one verse of any given song you’re thrust into the unfamiliar yet encapsulating lyrical world of Pagan Wanderer Lu. ‘2.0///The Bridge Of Sighs’ has enough comedy in it to last the whole album. It is, yes, a song about Web 2.0, and it may even be the finest song recorded about the internet ever, though you can never be sure just how big this particular category is. Either way, a tune with the lines “2.0, The Bridge Of Sighs / I can’t remember what happened to my life / The sun is shining / but only offline” and “I am friends with everyone you’re friends with on the internet / I can’t believe we never even met” is surely a front-runner.

The number one moment on the whole of Fight My Battles For Me is found in ‘The Tree Of Knowledge’, where the cumulative effect of what seems like hundreds of voices moves away from the previous quirkiness. It borders on becoming outright overbearing which is, naturally, the intention. Such is the strength of this song and the four before it that it took me a good three weeks to reach the second half of the album. That's where things become a mite more sombre, with much of the electronic, cheapo Casio instrumentation thrown down for the more traditional – pianos, guitars and strings. ‘Knots’ sees an acoustic guitar picked up and Hayman-esque qualities brought to the fore.

Yet for all the frivolity found in the sound, societal problems are approached more than once. ‘The Gentleman’s Game’ deals with a tense football match between young offenders and asylum seekers. ‘Good Christian/Bad Christian’ tackles with the subject matter presented in the title. It may be hard to balance such serious issues with accompaniment that could barely sound less serious, but that’s exactly the aim of satire – not twinkly keyboards necessarily, but the prism in which such matters are viewed.

The ending exchanges may lack the punch exhibited so early on and there could be an accusation that Fight My Battles For Me tails off, more so in terms of dynamics rather than quality. But when put to further analysis it’s obvious that it couldn’t really be any other way. Pagan Wanderer Lu may not be an artist who'll ever reach out to all that many people, but if he continues on his current path, he’ll make a little bit of a difference to the those who do have the fortune to encounter him.