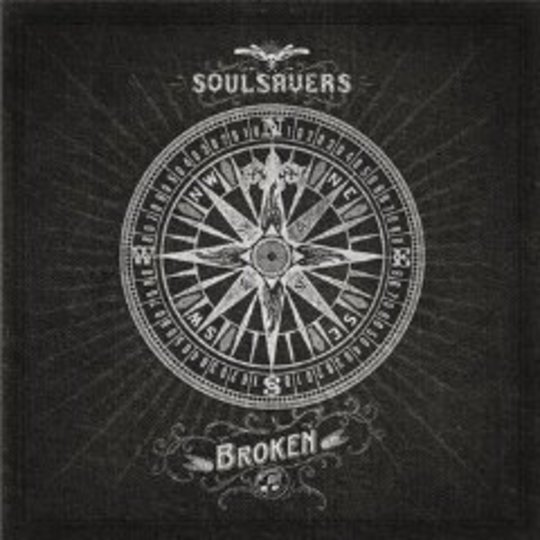 You're not allowed to proselytise where I'm from - it's against the law. Comes with adopting the identity of a secular country. Which is why the hawkers selling religion at my doorstep in my current location leave me bemused. I like to play with these purveyors of faith on my front porch in much the same way. I like to poke holes in their theories, suggest that their God may have his hands full and is possibly not in the mood to watch over any new recruits, claim that I'd rather be watched over by an omnipotent teapot that keeps me equipped with an infinite supply of perfectly curled black tea leaves (not that it does) and then figuratively flick them away by challenging the effectiveness of their one-god system with my spontaneously claimed 3,000,000,000-god system. It is in the face of such flawless mathematical logic that they totter off sadly to deposit themselves in a laundry basket somewhere.

If only they knew that all they had to do was smirk and subject me to waves of 'Revival', the overwhelming, gospel-laden lead track off northern production duo Soulsavers' last release It's Not How Far You Fall, It's The Way You Land, they'd have the satisfaction of seeing me reduced to a quivering mass at their feet, convinced and converted.

Indeed, that seems to have been the primary purpose of that record - to hypnotise you into submission and shepherd you to the little cove wherein Broken resides waiting patiently for your arrival.

Former Screaming Tree Mark Lanegan is enlisted (again) as preacher and assigned the task of demonstrating the finer points of distinction between good and evil. 'The Seventh Proof' unveils the album innocently enough. With its Victorian keys, it is a gravity defying symphony that winds up rudely dropping the listener before a pointy-tailed Lanegan. On 'Death Bells', this pitchfork-wielding avatar taunts his nemesis with "angels keep singing, Lord, singing in my ear" – lines delivered with a scornful smirk likening what one would expect to be beautiful harp-fuelled music to pesky bluebottles. His antics are egged on by Butthole Surfer, Gibby Haynes, the loyal Beelzebub who is edged out by Mike Patton on 'Unbalanced Pieces' – a broodily menacing track ("today I kill you (kill you)") made only more sinister by Patton’s voice slithering to the surface for the chorus ("gone... now carry on").

Lanegan morphs from personified evil to a man grown old and broken by life on 'You’ll Miss Me When I Burn'. Bitterly he mumbles "when you have no one, no one can hurt you" - half to himself, wishing he'd realised this before he found himself paying for his sins in isolation, and half to you, hoping to pass on this revelation, and praying you won't make the mistakes he did "I have warned you – there are awful things" he cautions knowingly. You raise an eyebrow, wondering if there's some sort of deeper meaning hidden within that statement.

Soulsavers have always had a bit of a Spritualized thing going for them, so a collaboration with Jason Pierce is natural. It's inevitable. It's anticipated with impatient foot-tapping, finger-drumming and at-watch-looking. However, like the rest of the cameos, Mr. Spaceman's appearance on 'Pharaoh's Chariot' is limited to serving as a fleeting echo of Lanegan's dominating vocals. If you don't look at the tracklist, you don't know he's there at all.

In fact, the only person fortunate enough to be permitted a sizable share of the spotlight is relative noob Red Ghost, who also answers to the name Rosa Agostino. Based in Sydney, she bombarded Soulsavers' Rich Machin with enough (astoundingly good) demos to compel him to give her a ring. Not only does she get preferential treatment in terms of vocal volume, she's also the only guest-vocalist to get two songs entirely to herself while a third - 'Rolling Sky' - is the only track on the entire album which qualifies as a legitimate duet, despite the half dozen more, er, shall we say - illustrious - cameos. On some level, this is probably understandable, and Red does possess the sort of voice that is perfectly suited to accompany a trip-hop type outfit – the kind that wouldn’t be out of place on a Massive Attack record.

Never before has a band name been more aptly descriptive of their music. What is odd, however, is that Soulsavers aren't a group based on a belief system, nor do they sell themselves as one. It just so happens that each song, no matter how strongly guitar-driven, comes coated with churchy reverberations. There is no mention of religion apart from the occasional 'Lord' thrown in out of frustration or resignation, but the choirs, the strings and the ominous echoes are enough to have you in spasms on the floor enlightened by revelation. With no overt evidence pointing to these ‘Soulsaver’ chaps as the culprits, any authorities called to inspect your sorry state will give a dismissive shake of the head to these embodiments of incorruptibility and cart you away. By getting to them before the proselytisers, you’re likely to save yourself from a convulsive change of faith.