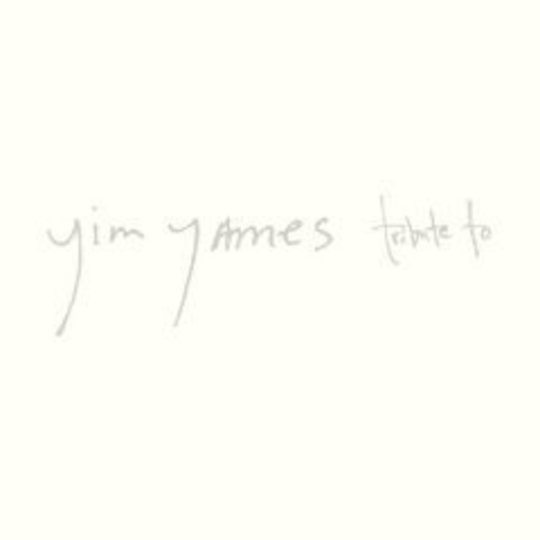 It adds a subtle hint of pertinence for your first solo effort to be a collection of covers of songs by a man whose band first started the trend for side projects. Here Jim James of My Morning Jacket becomes Yim Yames to present Tribute To, an interpretation of six George Harrison songs (two penned as a Beatle) that he recorded just a few days after Harrison passed away in 2001.

It’s a slight but nonetheless striking collection that James has said he wanted ‘to exist as a version of me back then, a person who is in love with George Harrison's music’. The instrumentation is stripped-back and bare - often it’s only reverb-soaked vocals and acoustic guitar hanging together in the air, ornamentation confined to the delicate brushes of piano and banjo added to ‘Love To You’ and ‘Ballad Of Sir Frankie Crisp (Let It Roll)’. But although the music mostly drifts by in hushed tones, the respect and affection James must have had for Harrison and his music cries aloud. On My Morning Jacket’s ‘Anytime’, James sings "All that I wanted to say, words only got in the way", and these songs are an example of music perfectly expressing an ephemeral feeling that words might only have corrupted in the effort to get them to the page.

Like Bon Iver’s Emma Forever Ago, listening to these songs at times feels like eavesdropping, something that was not necessarily meant to be heard or communicated beyond the four surrounding walls. Beatles track ‘Long Long Long’ opens the album and is not only the standout moment, but also one of the most beautiful and arresting songs of the year. It inhales and exhales like the steady beat of a chest, allowing the leaden atmosphere to swell up and announce itself between every pause. Slowly it builds until a brief eruption where James stretches his voice and the guitar only to gradually break it back down again to a breathy cadence. It’s a startling song that makes this mini-album worthy of investigation before any of the other five tracks have had a chance to play out.

'Ballad Of Sir Frankie Crisp' and 'All Things Must Pass' follow, laden with similar moments of understated piquancy and fragile majesty, each carried along by James’s rich syrupy vocals. 'Love To You' swaps the original song's sitar for a banjo in a brooding, haunting rendition, while 'My Sweet Lord' is fairly straightforward; neither quite reach the heights of the other four tracks, but perfectly adequate inclusions nonetheless.

A modest release, Tribute To will obviously be of most interest to My Morning Jacket and George Harrison admirers, but the quality of the covers deserves a wider audience. It has a ragged, honest beauty that briefly captures the purity of sentiments expressed before they’ve had a chance to be picked over and diluted and distorted. If the full-length solo album from James, apparently in its early stages, can replicate anything close to the best moments here, it could be a special record indeed.