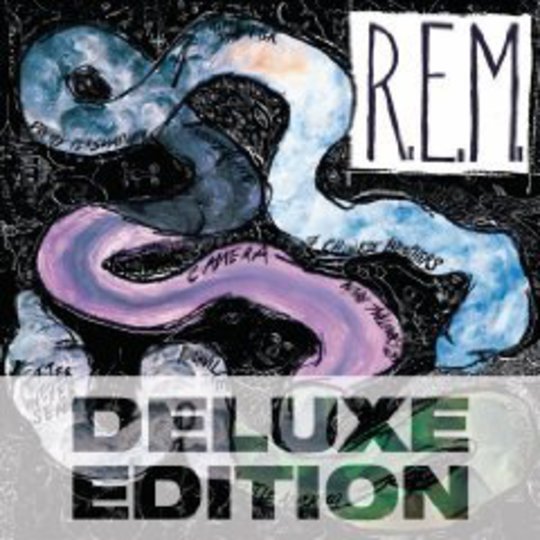 In some musty, R.E.M.-geek clagged corner of the internet, I once came across a particularly moving musing on ‘Harborcoat’, the astonishing piece of music that ushers in the Georgia indie titans’ second album, Reckoning. Well, I say moving: can’t remember a word of what he or she said now, except for one thing – that they didn’t want to write down the words to the chorus, because committing them to the page could never even slightly approximate their impact in song.

The line is: “find my harborcoat, can’t go outside without it.”

That’s it. In isolation it does indeed hover between meaningless and banal. If you were to jot down the preceding verses, then perhaps it takes on some of the subliminal dread hovering vaporously around lines like “they shifted the statues for harbouring ghosts, reddened their necks and collared their clothes”. Michael Stipe has occasionally claimed the song is about Anne Frank or Lillian Hellman, and you’d maybe guess from close study 'Harborcoat' has got something to do with those times, most likely the Russian Revolution or the Great Terror.

But what the band actually do goes so far beyond words: a triplicate cascade of vocal lines, Stipe’s flat and nervous, Bill Berry’s high and ghostly, Mike Mills’ cold combusting with the two as he sings an eerie, completely indecipherable counterpoint. It’s unsettling and gorgeous, and as with all R.E.M.’s finest early moments there’s the feeling that though marked out in crisp Rickenbackers, they’ve tapped into something that predates rock’n’roll, a sailor’s lament hung heavy with European decay.

So that’s a lot of words on ‘Harborcoat’, which is about right, seeing as it’s maybe the hardest song to describe on an album that starts as a continuation of the unfathomable Murmur, and ends up as something way, way, way more familiar.

This not being Mojo, let’s not jump to bombastic conclusions about the ‘importance’ of an album few of us will remember being released. There’s a case to be made for Reckoning as the most influential record of the college rock era, but equally it might just look that way because the band became massive. Whatever the truth, the germs of everything from C86 to The National can easily be spotted in its less oblique moments: the rollicking, semi-jokey barroom crypticisms of ‘Little America’; the hangdog romance and bittersweet smalltown haze of ‘(Don’t Go Back To) Rockville’; and above all the immaculate jangle-pop of ‘Pretty Persuasion’ and ‘Second Guessing’. Harmony-heavy and lethal of chorus, here R.E.M. channelled their Deep South mysticism into a map that could be followed in a way that the inscrutable Murmur simply couldn’t be.

Thus while those songs don’t have the sensation of being ‘other’ in a way much of the band’s work does, they echo and resound in too much of the music of the following 25 years to have dated. Not having Murmur’s sonic murk to cut through, this remaster is more notable for the added 30 second of lo-fi mumblings tacked on after closing track ‘Little America’ than particularly adding anything to Reckoning as was. Guitars and harmonies are harder and clearer, but you’re unlikely to spot anything too new.

It’s also why at points Reckoning sounds more conventional than anything the band put out in the IRS years; scoring systems being the annoying buggers they are, I’d cheerily drop it a mark as it stands on its own, at least in comparison to Murmur or Fables.... The 10/10 is simple enough – the live show on the second CD of this reissue is absolutely amazing, and everyone at Chicago’s Aragon Ballroom on July 7, 1984 should feel very smug about it. The concert is pretty much R.E.M. at their early peak, cheerily defying received wisdom about how to start a gig by sighing on with their delicate cover of the Velvet Underground’s ‘Femme Fatale’ before machine-gunning into much of their first FOUR albums, mossy harmonies and bright chimes of guitar barrelled out with the garage intensity that makes you wonder when exactly indie bands got it into their heads that audiences wanted politeness.

To loop back round, though, there’s still a bunch of songs on Reckoning that really don’t sound like much before or since. They probably don't need introduction, and if they do you’re really better heading to remhq.com and watching Jim Herbert’s exemplary Left Of Reckoning - the songs from the record’s first side set to a surreal, oddly bleak film of the band wandering around a whirligig farm.

But seeing as you’re here: ‘7 Chinese Bros’ is quite, quite mad, a deceptively melodious guitar line subverted by Stipe’s mumbled, half-spoken delivery. His vocal clogs and baffles the music's vibrant ringing, a seemingly nonsensical filter that leaves you weirdly dazed, words suggestive of some peculiar island at the edge of the world. ‘So. Central Rain’ continues the theme of water, an unsettling portrait of the night the band’s friend Carol Levy died, violent floods downing phonelines in Athens as Stipe sat waiting for her call. The chorus’s only words are “I’m sorry” howled over and over, a disturbing moment that becomes more so as they eventually disintegrate into bloodcurdling wordlessness, the singer trying to challenge the storm itself in his helpless grief. Though Stephen Malkmus might have lightheartedly dissed ‘Time After Time (AnnElise)’as his least favourite Reckoning track on Pavement’s ‘The Unseen Power Of The Picket Fence’, it's the perfect curtain to the first side, a weary, tribal-drummed elegy for... something. The lyrics are allegedly to do with a night Mills was arrested for getting drunk in an old water tower; maybe it’s about the passing of youth.

Or whatever. Really, I’m only here to tell you this is another fine reissue of an album you already know is stunning. And you know it’s stunning even if you’ve never heard it: Reckoning is tangled into the alt. rock (and indeed alt. country) firmament more deeply than any other R.E.M. record – you can hear its influence everywhere. Like I said, this isn’t Mojo or Q, let’s not play top trumps over whether Reckoning is more ‘important’ than Zen Arcade or Double Nickels On The Dime or Let It Be. The point is whatever your thoughts on R.E.M. in any form, you really should check Reckoning out – the odds are you owe it one.