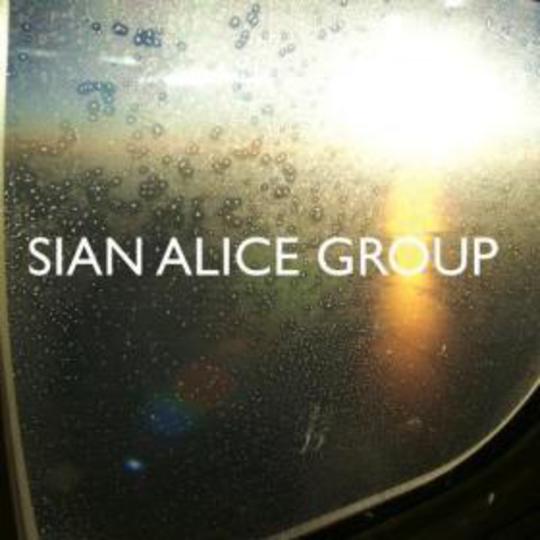 London collective Sian Alice Group are something of an OCD sufferer's nightmare. While many of their more forward-thinking compatriots transcend the odd genre or two, Sian Alice Group simply confound categorisation in any way, shape or form. To dismiss them as shoegaze revivalists, post-rockers or mere folk experimentalists is a major disservice. In fact, across its 13 incidental pieces, Troubled, Shaken Etc. barely touches upon any of the more obvious sounds and structures associated with any of the aforementioned genres. Instead, Sian Alice Group create a fairly inhibited world all of their own, a seemingly candescent alter state based on haunting passages, mythical creatures and a general feeling of eeriness throughout.

Picking up where last year's 59.59 left off, Troubled, Shaken Etc is all that their debut long player set out to be and more, in the process casting aside all notions that they're just a side project for session musicians. There's no doubt that multi-talented musical all rounder-cum-producer Rupert Clervaux's influence shines through here, most notably on the more organic sounds punctuating Troubled, Shaken Etc., as opposed to the traditional electric sheen that encompassed its predecessor. Main voice and group leader Sian Ahern's poignant delivery does draw comparisons with the likes of Elizabeth Fraser (Cocteau Twins) and Alison Shaw (Cranes), but only by way of the fact her vocal chords represent something of an added form of instrumentation rather than your average run-of-the-mill singer. Certainly there's little point in trying to evaluate any lyrical couplets here, inaudible as they are for the most part. Instead, Troubled, Shaken Etc should be devoured as an ambient body of work, even if its long term effect may be more devastating than soothing.

All seems traditionally intact on the opening 'Love That Moves The Sun', a casual, lovelorn strum that is as close to 59.59 as anything this record offers up. What comes next is an occasionally harrowing and uneasy ride through an avant garde kind of freeform jazz, menacing krautrock loops and disengaged folk that crops up when least expected, or on several occasions, amid the same piece. Take 'Close To The Ground', the album's undoubted centrepoint and most strikingly audacious moment. Across its seven minutes, heavy percussion, soothingly whispered vocals and panoramic guitar interludes combine, individually taking the lead at random points to create something of a cinematic odyssey that oozes suspense and intrigue. 'Vanishing' meanwhile starts off like a scene from The English Patient before building up into something not entirely unlike Autechre's Confield or even Portishead's more obtuse extracts on Third.

As with 59.59 beforehand, Sian Alice Group punctuate Troubled, Shaken Etc.'s more excessive standpoints with the occasional instrumental interlude, and in 'Longstrakt', a two-minute segment of looped repetition, express their own interpretation on the spirit of Neu! et al to wistful abandon.

Troubled, Shaken Etc. won't win any prizes for instant accessibility; if anything, it's a deftly-secured trove of deeply hidden treasures, that once discovered, will be hard to resist. Furthermore, Sian Alice Group have destroyed the myth that at the moment only our Stateside cousins are capable of producing genuinely innovative music that defies classification, and for that we offer this album an almighty cry of "BRAVO!".