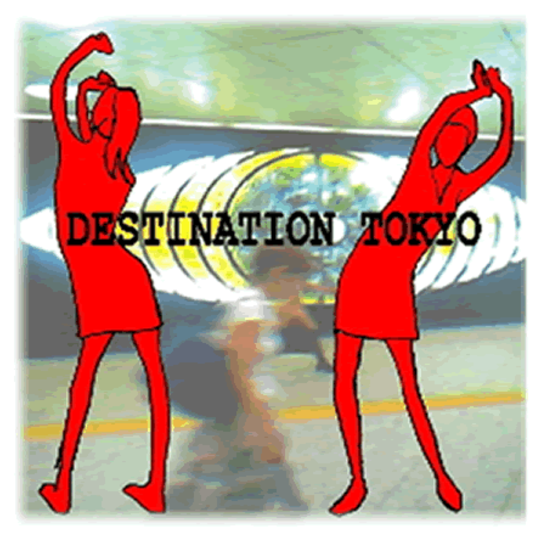 On paper, Nisennenmondai are the stuff of indie boy wet dreams. Three cute Japanese girls, unexposed to Western rock music until a decade ago, who picked up their instruments and wrapped chiming kraut rock up with pulsing disco beats and shredded feedback. Learning their instruments by playing along to Silver Apples, Sonic Youth, Neu! and This Heat, their intensely mechanical outsider take on Western musical history has garnered them mass appeal from an army of beard scratchers and musical orientalists.

So, raise your hands those of you who still have dry skinny jeans?

Unfortunately, this writer was not best impressed by Sayaka, Yuriand Masako’s recent show with US droners Growing, despite a near feverish level of excitement. This might make me something of a minority, considering the rave reviews they garnered, but I’m sticking to my metaphorical guns. Something about the trio’s looping chiming sound didn’t click live – it felt too tinny and minimalist, unlike the rather brutal cuts on twin EPs Neji and Tori, which bathed as much in aggression and fuzz as they did in tautness and precision.

And on record, Destination Tokyo is something of a departure from the group’s previous sound, insofar as it is pared back and produced with more of an eye for clarity. On first listen, this is a jarring move, similar to when Battles added vocals to their similarly ‘out-of-chaos-comes-order’ clangs and chirrups. It feels as though the band have stripped away much of their rather unique identity in favour of focusing on a far more narrow point of reference – namely Klaus Dinger and Michael Rother’s rhythm-becomes-melody meanderings.

But first listens can so often be deceiving, and although there is a temptation to describe Destination Tokyo as a weakening of a band’s sound, to do so would be a little unfair. Yes, the looped eerie guitar on 'Mirrorball' might echo Rother’s plucked droplets of melody, but the ramping up in intensity achieved over the 12 plus minutes of the track is completely captivating and shows that if you’re going to go krautrock, you have to know krautrock. Nisennenmondai all too clearly do, judging by the way my neck seems to have developed a mind of its own.

And whilst the throbbing intro of 'Souzousuru Neji' is pure Dinger distilled, the song itself whirs and grinds into a maelstrom of mechanical textures and rhythms, until at one point you’re sure an entire string section is playing somehow both in and out of time and tune, such is the gloriously frenetic layering of guitar parts. The previous reference to Battles is made flesh here; though the drumming is simpler, throbbing bass grooves and cut up guitar parts dominate proceedings just as they did on Mirrored. The same alien spirit pervades: it’s music we know, but not being played quite as we know it, by some very perceptive and diligent students.

When the album does throw a curveball, it’s unexpected in the extreme – the rather pointless yet perfectly acceptable a cappella of distorted childlike vocals and handclaps that is the minute-long 'Miraabouru'. The rest of the time it’s business as usual: on the following 'Mirrorball' a loping, clean guitar opens proceedings, which is layered over itself throughout the duration of the track, as the high hat stutters and the bass grinds until they ease wordlessly into a palpable and continued climax almost by subterfuge. The structure is doubtless formulaic, but it really works wonders for the band – there’s a grin on the listener’s face when they realise that the track has kicked into overdrive for the past minute without them even noticing. An when the band finally give up and succumb to a complete homage of Neu!, with the title track that closes the album, it’s probably more like Hallogallo than Hallogallo ever sounded. Which is saying something.

Destination Tokyo will be dismissed or embraced for very much the same reasons: that ticking unrelenting high-hat will irritate as many as it pleases, likewise the near identical song structure of sustained build up and silent release. Equally, the blatant worship of krautrock and at times the near complete lifting of that genre’s airs and graces will throw many a listener, and enrapture just as many. Myself, I’m going to take the easy route and sit on the fence somewhat and remark in passing that Nisennenmondai are testament to the fact that it’s not always what’s being played that matters, but by whom, to what ends and with what reasons. And to those of you frantically stripping out of sodden clothing and sneaking past your living room, a dripping bundle in hand: sorry.