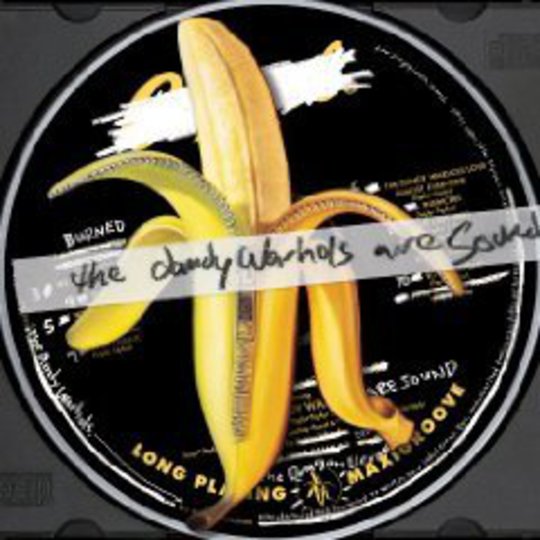 The Dandy Warhols have never made it easy to approach their act as anything much more than cleverly stupid, vacant and insincere rock‘n'rollers. Songs beg, borrow and steal from superior artists. Finger-pointing at the druggie hipster youth culture the band so fully exemplifies, without a hint of self-consciousness, doesn’t do them any favors; their shameless pursuit of fame is enough to make reality show contestants blush. All of which would be forgivable if their musical accoutrements matched their audacity. And for three very good, often brilliant, albums The Dandy Warhols did just that.

The transparency behind the pastiche showed on their fourth full-length, Welcome to the Monkey House. The shiny, hi-tech, over-compressed production highlighted the band’s blemishes in a way that made it impossible to overlook the fact The Dandy Warhols are inclined to take a singularly good idea and stretch it beyond any reasonable person’s attention span. With the exception of the album’s terrific singles, ‘We Used to Be Friends’ and ‘You Were the Last High’, their flavor-of-the-month foray into electronic pop resulted in largely grating and otherwise forgettable songs.

Not for the first time in The Dandy Warhols’ career, there was controversy surrounding Monkey House: Capitol Records insisted on remixing the Nick Rhodes’ co-produced album with Grammy-nominated Jeremy Wheatley (Sugababes, Alphabeat, Bon Jovi). Can there be a bigger music industry cliché? In 1996, Capitol rejected the follow-up to their debut, and The Black Album was shelved and later released on the band’s own Beat the World Records label in 2004. History repeating itself as it does, ...ARE Sound is the original Russell Elavedo (The Roots, Common, Alicia Keys) mix of ...Monkey House — the version the band intended for public consumption.

It’s easy to see why major-label head honchos were not pleased with -...ARE Sound. Songs appealing to a widespread audience tend to be crisp and clean, quite unlike Elavedo’s mix. Though whether The Dandy Warhols were ever major-label material is open to debate, label executives were determined to get a ‘Bohemian Like You’ single from _...Monkey House even if it meant sacrificing the album’s overall integrity as a result. For a band that has never been about standing on principle, it’s a little absurd trying to image what the big deal was about releasing the sleazier version of an unremarkable effort. No amount of an alternative mix could significantly boost the quality of ...Monkey House — and thus is the case here.

However, certain differences justify ...ARE Sound’s release, vanity aside. First track ‘Burned’ (which closed ...Monkey House) sets an entirely different tone from the title track opener on the original release. Warm, fuzzy synthesizers replace choppy guitar lines and flip lyrics about Michael Jackson dying (assurances they’ll cover ‘Blackbird’ as promised have been made from the band’s website); the tempo feels more in keeping with the band’s hazy, narcotic comfort zone, and gentle acoustic drums gives the mood a lift of introspection and maturity. But the track listing changes only serves to give the album a smoother, more balanced effect; where the second half of ...Monkey House becomes an exercise in futility and filler, ...ARE Sound blends its parts into a cohesive whole. Yet, it is the less brittle sound that allows for a more generous re-appraisal.

Bandleader Courtney Taylor-Taylor quietly bemoaned Capital’s heavy-handed tactics while praising ...Monkey House’s attributes in such a way that made it difficult to sympathise with either side of the argument. But the organic element was certainly a missing, essential ingredient on ...Monkey House. ‘Wonderful You’, formerly entitled ‘The Dope’, sounds less acid-house psychedelia and is pointedly less forced than its predecessor. In the same less-is-more fashion, the Tony Visconti-produced ‘Rock Bottom’ no longer comes across as an embarrassing electro-pop T-Rex tribute. Nuance is especially important for a song like ‘Plan A’, which is allowed to build into something more compelling than the slapstick, in-your-face version from ...Monkey House. Their approach to humor on songs like ‘Scientist’, ‘I Am Sound’ and ‘The Dandy Warhols Love Almost Everyone’ is also improved somewhat by the subtler delivery of its punch-lines.

If Capitol Records were willing to sacrifice a pretty good album for a couple of punchier, radio-friendly hits then perhaps The Dandy Warhols deserve a measure of our sympathy. Unfortunately, despite its improvements, the album still suffers from lackadaisical and unfocused songwriting. Sure, this record is quite a bit better than the one originally released, and kudos to the band for taking the time to prove their point. Just don’t try to tell us there’s alternate version of Odditorium coming. Generosity has its limitations.