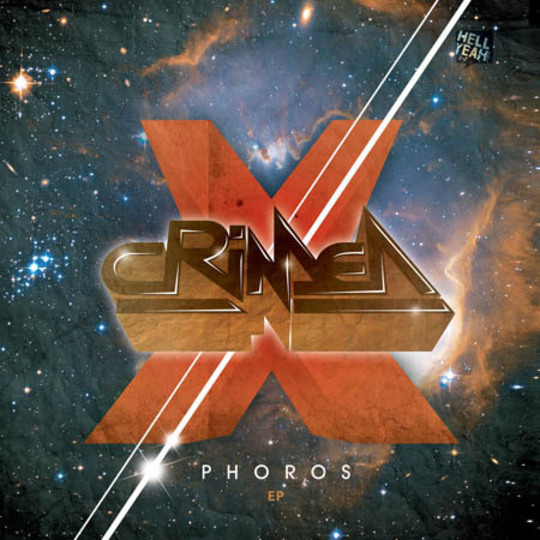 Following the release of Lindstrom & Prins Thomas's vertiginously brilliant II, the cosmic disco revival – or should that be reawakening – appears to be gathering momentum, attracting disciples from all quarters with its promises of escape from mundane reality and sensual gratification beyond all earthly pleasures. There's an illicit thrill to all this Balearic warmth and textural decadence that convinces the willing listener to abandon prescribed notions of good taste in favour of a pleasure-centered embrace of musical possibilities. The music of Italy's Crimea X – aka DJ Rocca and Giardini di Miro's Jukka Reverberi – is supposedly informed by Marxist theory, but how this inclination is expressed through their music is anybody's guess; while the three original tracks included on Phoros don't approach Lindstrom levels of saturation, they speak more of hedonism and escapism than the liberation of the proletariat. Perhaps they amount to the same thing in Rocca and Reverberi's pocket universe.

The best thing here is undoubtedly '10PM', a burbling disco odyssey which blends an E2-E4-style sequencer motif with insistent Italo piano, a memorable, compulsive bassline and melodic, spacey synth flourishes. 'December' begins on a meditative tip, sipping from the analogue bubblebath of mid-Seventies Tangerine Dream before slipping into a similarly supple groove. 'October' is more minimal and spacious than its brethren, yet benefits from a deliciously shameless synth solo during the breakdown. Florian Meindl's 11-minute plus remix of '10pm' unsurprisingly finds the Austrian applying minimalist discipline to the original, while Italian deep house duo Enzo Elia and Martin Pantino invest the same tune with added bump'n'fidget while folding in cut-up vocal samples and dubwise FX.

Phoros may not constitute an example of cosmic disco at its most adventurous or indulgent – remember 'cosmic' isn't so much a genre as an overarching aesthetic, one with the potential to accommodate a multitude of highly enjoyable sins – but it's a comely debut nevertheless, and taken alongside the duo's freewheeling Seaside Resort mixes, in which synthadelic pioneers Vangelis and Chris & Cosey are forced into improbable-yet-effective juxtapositions with the likes of David Thomas and Peter Green, it hints at even greater interstellar pleasures to come.